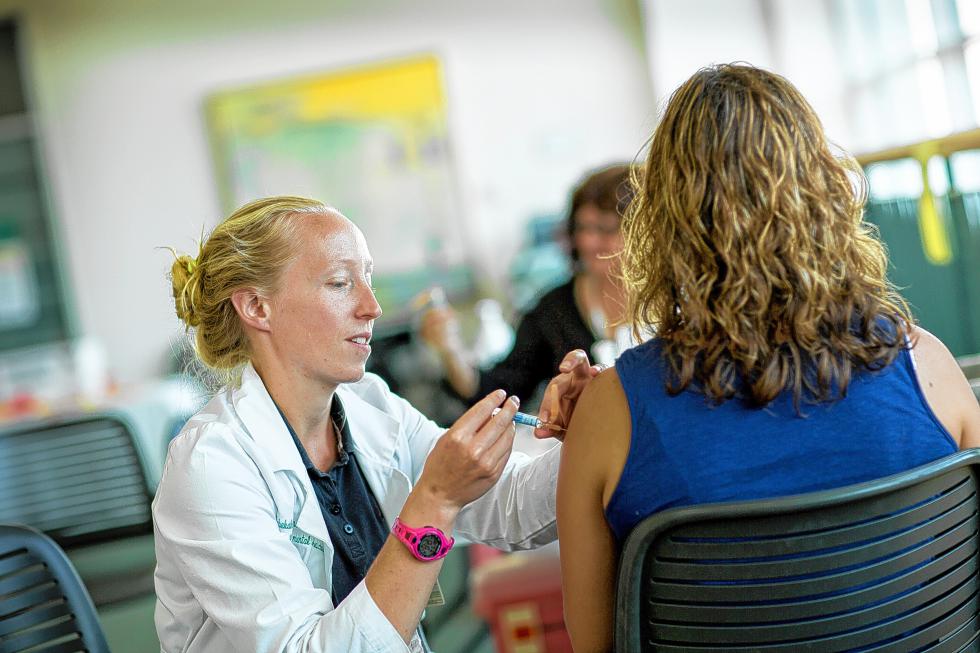 Lawmakers may consider a bill next session that would prevent companies from requiring employees to get a flu shot, posing a potential problem for hospitals, which are graded by the federal government on this issue.

“I’m not anti-vaccine,” said state Rep. John Burt, a Goffstown Republican, the lead sponsor of the proposed bill. “Vaccines for measles, etc., ones like those, are fine. And if you want the flu shot, I say knock yourself out. But it shouldn’t be forced on you.”

The bill is currently an LSR, or Legislative Service Request, and the wording is being tweaked by suggestions from other legislators before it goes to initial committee, Burt said.

“The bill is kind of open for any vaccines at this point, but my main goal is the (flu vaccine). . . . They’re saying that the bill is pretty broad – and will probably refine it down,” Burt said.

If the bill becomes law, it would pose a quandary for hospitals, since the percentage of employees getting the flu vaccine is one of the measurements made by the federal government under a report known as HAI, or health care-associated infections. That report is used as a measure of quality, which can affect reimbursement under Medicaid.

The HAI report counts infections that occur during certain procedures, including the insertion of catheters, and some surgeries, such as hysterectomies and surgery on the heart, colon and knees.

It also measures how well hospitals follow pro­cedures that can lessen the rate of infections, including practices during cen­tral line insertions and use of antimicrobials during surgery. This is where flu shot compliance comes in, since vaccines lessen the chance that flu infections will be spread to people visiting health care facilities.

Burt said he thought the value of the flu shot was not great enough to make its usage mandatory, and that the requirement was driven by hospitals’ wish to collect federal funding rather than concern about employees.

Burt said “hundreds” of nurses and other health-care workers would support such a bill.

“The employee has rights at their job not to be forced for a vaccination,” he said.

The flu vaccine is probably the most difficult of the major vaccines to develop because the influenza virus changes so much from year to year. Producing tens of millions of doses of flu vaccine takes many months and must begin well before flu season starts, so the vaccine is developed before it is certain which influenza strains will be most common.

Last flu season, there was a mismatch and the vaccine did not combat a strain known as A-H3, which proved particularly virulent. A total of 49 deaths were attributed to influenza in New Hampshire during flu season, more than any time in the previous two decades.

The Centers for Disease Control and Prevention recommends that everybody over the age of 6 months get an annual flu shot. In New Hampshire, the vaccine is free to everybody under the age of 18.