Can you make a modern Netflix from a little BitTorrent, a little bitcoin, a little EBay? 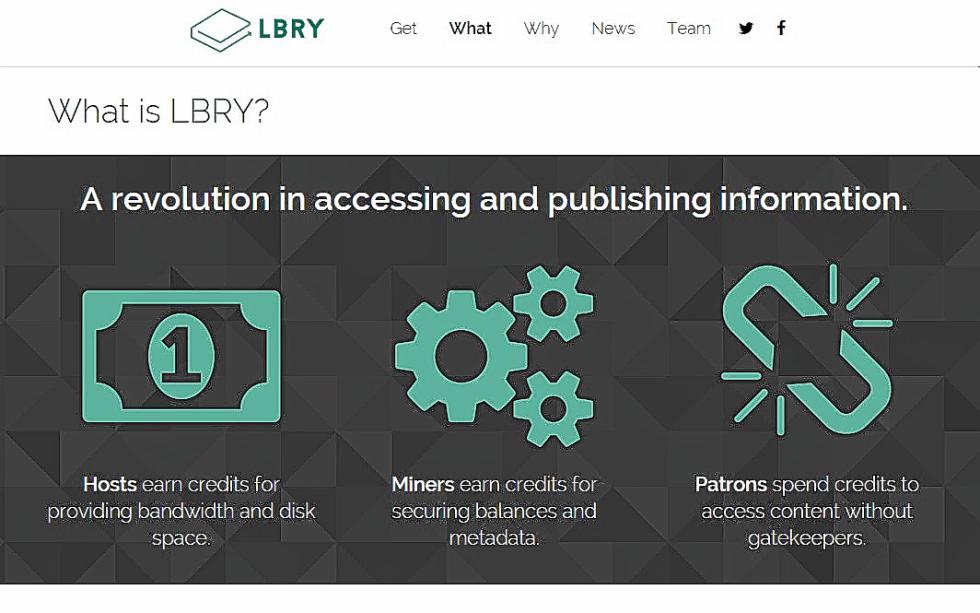 You know how Netflix clobbered Blockbuster using new technology? A very new New Hampshire startup has visions of doing the same thing to Netflix using an even newer technology.

The company, named Lbry, wants to deliver content online like movies via distributed networks of self-appointed nodes, sort of like BitTorrent, using the blockchain technology to confirm information, sort of like bitcoin, with a clever bidding process for file names, sort of like EBay.

“It’s a complex idea trying to deliver something that’s ultimately simple,” said Jeremy Kauffman of Manchester, co-founder of Lbry (pronounced “library”), a startup by Kauffman and college buddy Jimmy Kiselak, who has done the bulk of the actual programming and development, and not much more.

If Lbry works – there’s a proof of concept on its website, lbry.io – the end user wouldn’t see the geekery. We’d just click and watch a movie or listen to a song or read an e-book or play a game just like with current companies, except potentially cheaper and with access to more content.

That’s the idea, anyway. Lbry is in the earliest of startup stages, still funded by friends and family, and hasn’t faced what I suspect will be the biggest problem: Lawsuits from movie and TV and game studios when they realize that somebody else could own the Lbry rights to names like “It’s a Wonderful Life.” The odds are heavily against it.

But it’s still very cool, and since I’m admiring rather than investing, I can ignore obstacles. This is journalism, not reality!

The basic idea behind Lbry is common in the libertarian portions of the tech world: To replace a centralized network with a distributed one.
(It’s no coincidence that I learned about Lbry via an online article shared by Free Staters, who hate centralized systems, or that Kauffman, who has only lived in New Hampshire for three weeks, signed up to move here as part of the Free State Project.)

Whereas Netflix for movies, Amazon for books, Twitch for gaming and similar sites store their content themselves so they can control it, Lbry’s content would be distributed among “hosts” throughout the network. The content is encrypted and sliced up around the network, and gets put back together when it gets to the user.

If you’re at all geeky, right now you’re saying, “Sounds like BitTorrent.”

BitTorrent is a protocol for peer-to-peer (i.e., no central authority) sending of files online that has become the default method for bypassing the corporate world when sharing information. It is infamous for the amount of illegal stuff it handles, including bootlegged versions of films available before the actual film is released, but it’s far more than that.

“BitTorrent is an amazing technology,” said Kauffman, who has a degrees in physics and computer science from Rensselaer Polytechnic Institute, as does Kauffman. “It’s beautiful, it’s elegant, it’s a great system, but it’s missing a few things.”

Specifically, he says, it’s missing incentives for proper behavior, the sort of incentives created in a functioning marketplace.

Lbry tries to fix that problem via a system of small payments – credits – that go to the publishers of content and to the places hosting content, but only when it’s viewed. Along with blockchain, the system that underlies bitcoin, to link “metadata” to files, Kauffman argues that this provides the incentive for people uploading files to be accurate and legal, two things that BitTorrent files often aren’t.

Most interestingly, Lbry establishes a simple naming convention so you can find files (BitTorrent names are incomprehensible) and then proposes to auction off those names to the highest bidder. Anybody can buy the rights to a Lbry name at any time by out-bidding the current owner.

Kauffman says this will be a self-solving problem, since a misnamed file won’t draw much of an audience and thus won’t be worth much. The only money value to Lbry names, he argues, comes when they are accurate, because that’s what will draw users and thus money.

That sounds reasonable in theory, and is the story of approach you’d expect to see embraced by Ayn Rand fans, but I can’t imagine a New Hampshire startup telling a bunch of Disney lawyers that they need to cough up more money unless they want to see “lbry.io/ToyStory3” pointing to somebody else’s movie.
Still, you never know until you try, do you?

(David Brooks can be reached at 369-3313, dbrooks@cmonitor.com, or on Twitter
@GraniteGeek.)