An island full of rattlesnakes in Massachusetts? Cool! 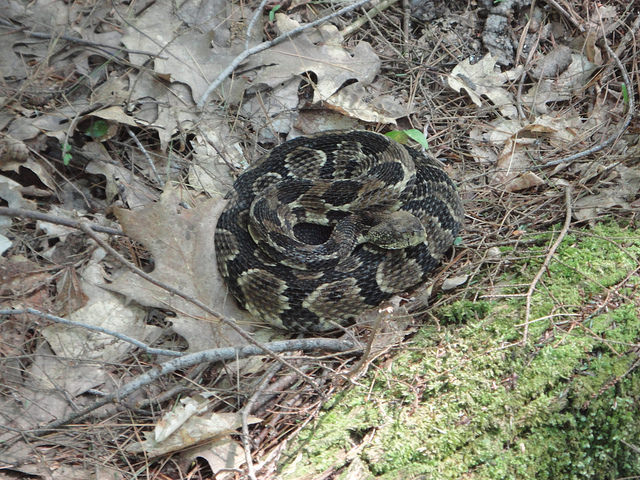 I think this is a timber rattler, although I'm not certain. My family and I encountered it in on Tongue Mountain in NY state, which has one of the biggest populations of them in the east. It ignored us.

The Massachusetts Department of Fisheries and Wildlife wants to establish a breeding population of timber rattlesnakes on an island in the middle of the Quabbin Reservoir in central Massachusetts, to help the endangered species. The Globe reports that some locals are less than enthusiastic about the idea.

Timber rattlers are the only poisonous snake in New Hampshire (except the occasional escaped pet from idiots who keep exotic reptiles as some sort of proof of courage) but they’re so rare that the N.H. Fish and Game won’t say where they are, for fear visitors will capture and/or scare them too much. The Globe reports that Massachusetts has similar concerns: “The whole point of putting them on an island is to protect the snakes from people, not the other way around.”