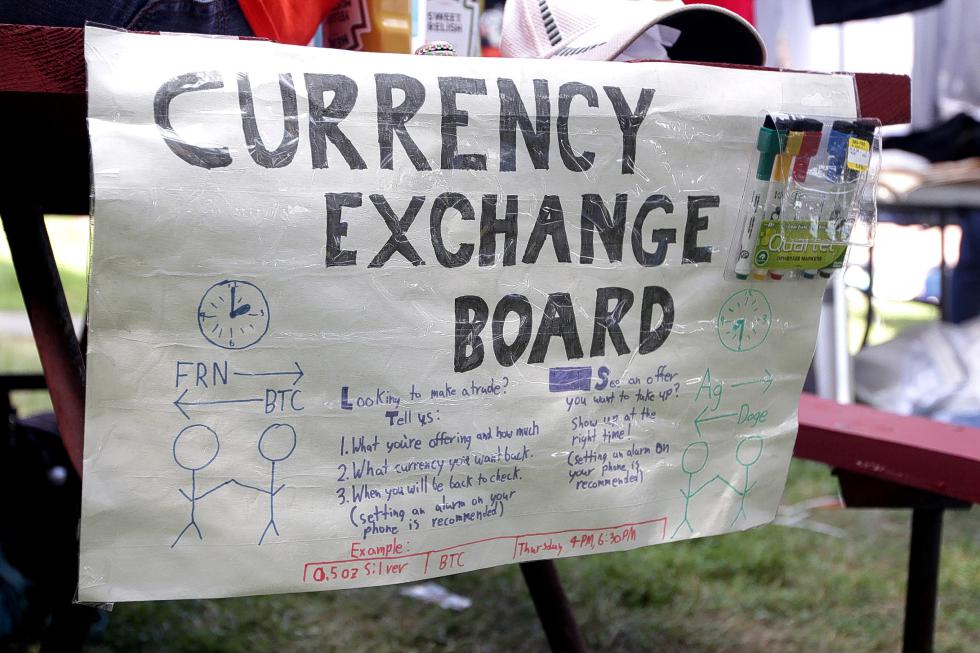 Vermont does some pretty weird stuff, as we all know, but recently it did something that was both weird and geeky: Studying whether to run its government using the technology behind bitcoin.

The answer was “no,” but not because it was a silly question. National governments as small as Guatemala and as big as Great Britain are asking about it, too. It just didn’t prove useful enough to be worth the cost, at least not yet.

“What blockchain works to do is to establish the authenticity of stuff, not necessarily the validity of the contents. . . . Basically, the benefits of implementing a blockchain for Vermont public records doesn’t cover the cost,” said Oliver Goodenough, director of the Center for Legal Innovation at the Vermont Law School and part of the study group.

I wrote about this project back in September, but Vermont isn’t alone in its curiosity.

Last July, 17 folks with varying backgrounds gathered at the Mount Washington Resort in Bretton Woods under the auspices of Consumers’ Research to consider potential benefits and drawbacks of using bitcoin and blockchain for finance, government and business.

They hashed out a hefty white paper (at 97 pages, “white book” is more accurate) that concludes: Lots of promise worth pursuing, but lots of obstacles and concerns, too. You can read the details at consumersresearch.org/bretton-woods-2015-white-paper.

If you’re a bit baffled by all of this, take heart. Like Mighty Mouse, Science Cafe Concord has come to save the day.

This, in fact, is exactly why Science Cafe New Hampshire was created five years ago and Science Cafe Concord launched this year: To provide a free and friendly place (it is in a bar, after all) to discuss interesting stuff so we can all understand it better.

The discussion at The Draft Sports Bar tonight is titled “Bitcoin and Beyond.”

It features a bitcoin expert, an official from a New Hampshire company building business around digital currencies other than bitcoin and a New Hampshire representative who participated in that white paper about blockchain and bitcoin.

They will be available for you to question to your heart’s content, moderated by me. It starts at 6, no pre-registraton required.

You should show up if you’re confused by the whole bitcoin thing, or if you’re bitcoin-savvy but unclear about blockchain, or even if you’re more knowledgeable than any of the panelists, because if nothing else, the food and drink is pretty good.

And you should definitely show up if you’re a banker, business owner or member of local or state government wondering if this technology might upend your world. Because it just might – so the sooner you understand it, the better.

You’ve probably heard of bitcoin, an online digital currency that is not backed by or regulated (mostly) by any government. It has been touted as the future of finance, although it hasn’t caught on the way that some predicted (you cannot, for example, buy a burger with it during Science Cafe).

You are less likely to have heard of blockchain, which is the software and protocol that makes bitcoin work, even though many believe it is more likely to change the world.

Very roughly, blockchain is a distributed ledger. It’s as if Bob Cratchit from Charles Dickens’s A Christmas Carol wasn’t scribbling in a paper book but was keeping his records in an online document that is regularly copied to tens of thousands of locations around the world.

Those copies are key because they make it very hard to fiddle the books. If I pretend to own a hundred bitcoins by faking my blockchain, the other umpty-thousand blockchain copies will prove me wrong.

That is the aspect of blockchain so potentially disruptive. In theory, blockchain could replace the entire structure of confirming business deals and land ownership and laws via printed documents stored at town hall or in lawyers’ offices. It is of particular interest to some poorer countries, where maintaining reliable government documents is hard.

Whatever happens down the road, we’ll have no problem maintaining records at Science Cafe Concord, because Concord TV records the sessions and puts them on its website.

But they’re more fun in person. See you there.