If you float due east from New Hampshire’s coast, what country will you land in? 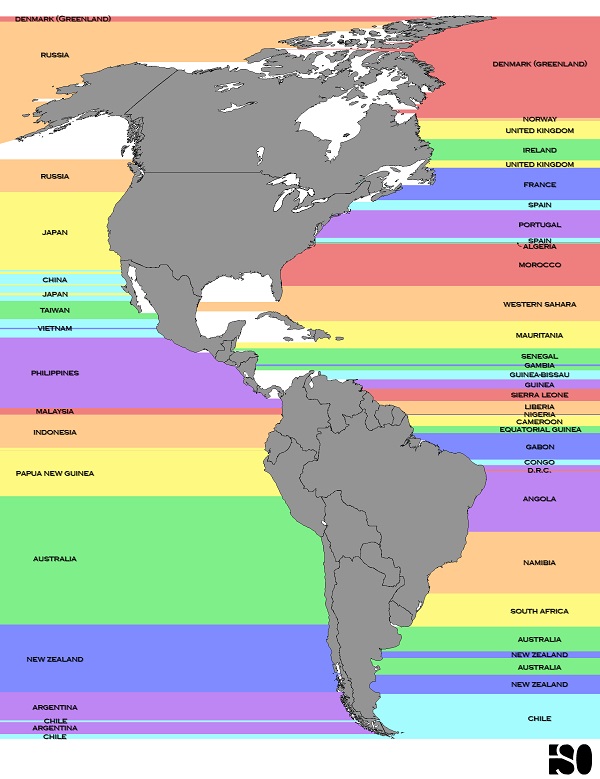 If you float due east from New Hampshire’s coast, what country will you land in?

Unless you’re a geography geek, you probably guessed too far north. The answer is Spain, as shown by this map from the site relativelyinteresting.com.

The Gulf Stream keeps Europe a lot warmer than mere latitude would suggest by carrying heat up from the West Indies (or that’s the main theory, which is not quite as certain as it once seemed).  There is concern that a deluge of fresh water from fast-melting Greenland glaciers could disrupt this pattern and make parts of northern Europe positively Baffin Island-like in climate. (H.G. Wells once wrote a story suggesting this, although the Gulf Stream was disrupted after a volcano in Nicaragua blew a hole in Central America and allowed the Pacific and Atlantic oceans to mingle.)