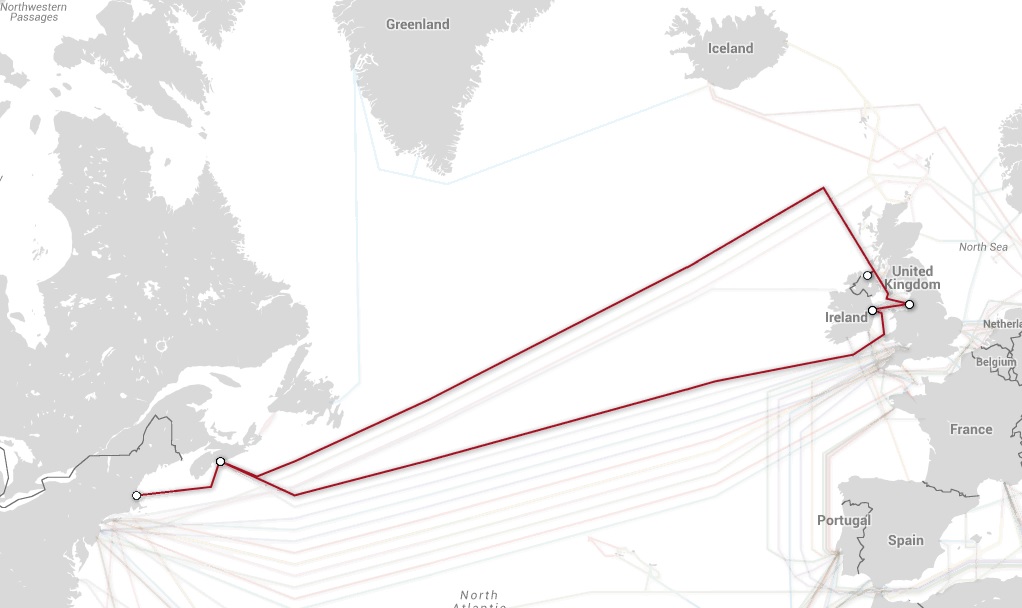 In case you were wondering, Northern new England isn’t the endpoint of any international submarine data cable, according to this interactive map from TeleGeography, an telecom analysis firm. The closest cable to New Hampshire lands at Lynn, Mass. It’s owned by Hibernia Atlantic and, as you might suspect from the name, it runs to Ireland, as well as England, stopping at Nova Scotia as part of its 12,000-kilometer round trip.

This guy’s blog of photos of structures related to the Internet shows what purports to be the landing spot of the cable in Lynn. It looks like nothing at all – a bit of information-less seawall.