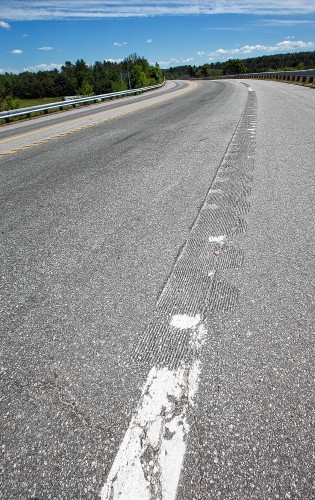 Rumble strips, those patterns of grooves cut into the side of or center trip of roads to alert drivers wandering out of their lanes, aren’t exactly exciting technology. Or so I thought before writing a story about them for the Monitor this weekend, which includes my favorite newly learned term: Sinusoidal rumble strips, which have a sine-wave-like pattern instead of sharper cuts, are designed to reduce noise for neighbors, which as my story notes is a major source of complaint.  That’s a great name in itself, but even better is their nickname: “Mumble strips.”