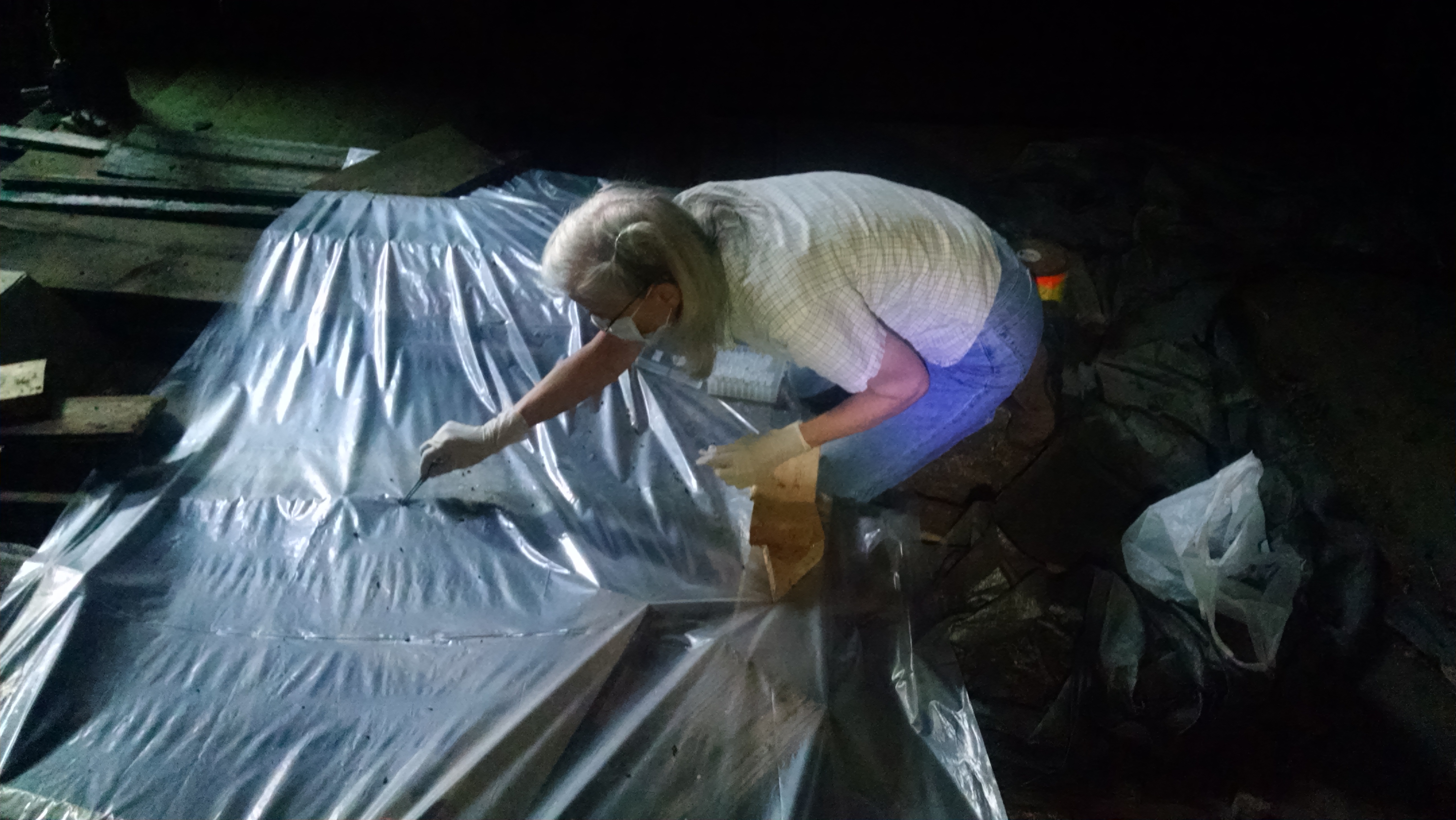 The photo above shows my wife, Shelley, collecting bat poop, one pellet at a time, with tweezers. She’s in a neighbor’s barn, and we’re collecting it as part of a UNH research project that analyzes poop from these insect eaters to spot invasive insects.

I had thought of bat guano as being like piles of messy bird poop, but it’s much more like mouse droppings. consisting of distinct little pellets. Which, of course, makes sense biologically – d’oh!

I wrote about the project here, and then we decided to participate. that probably violates some sort of obscure journalistic ethics, but when you’re given a chance to collect bat guano, you can’t let mere ethics get in the way.