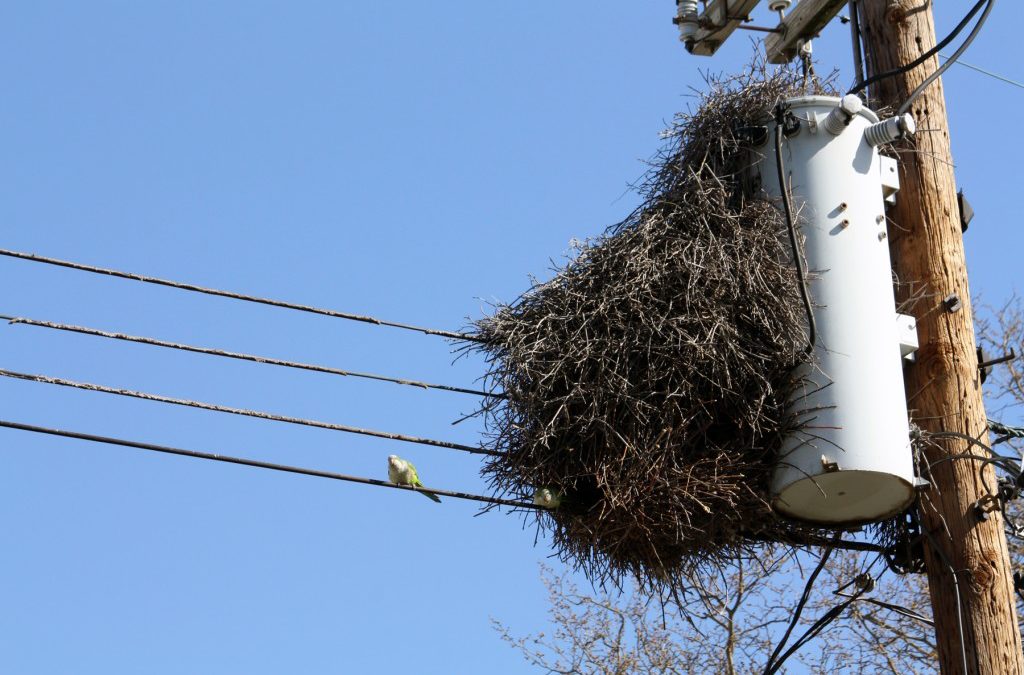 This is why Quaker parrots are considered a pest.

There’s a brilliantly written piece in the Monitor – it uses only great words – discussing the complexities of defining and responding to invasive species.

The news hook (newsroom-speak for “why I wrote it at this moment”) is a debate in Sweden about whether the North American lobster should be declared an invasive species, which would clobber a $200 million export industry and has New England and Canada’s Maritime provinces up in arms. The localizer (newsroom-speak for “connection to events in our circulation area”) is a look at how New Hampshire defines invasive species, plus a look back at a 2011 NH fight over whether Quaker parrots, aka monk parakeets, should be allowed in New Hampshire. (Spoiler alert: The pet shops won, the biologists lost.)

All in all, a wonderful read.* Check it out here.