Maybe NH should regularly audit its elections … or maybe not 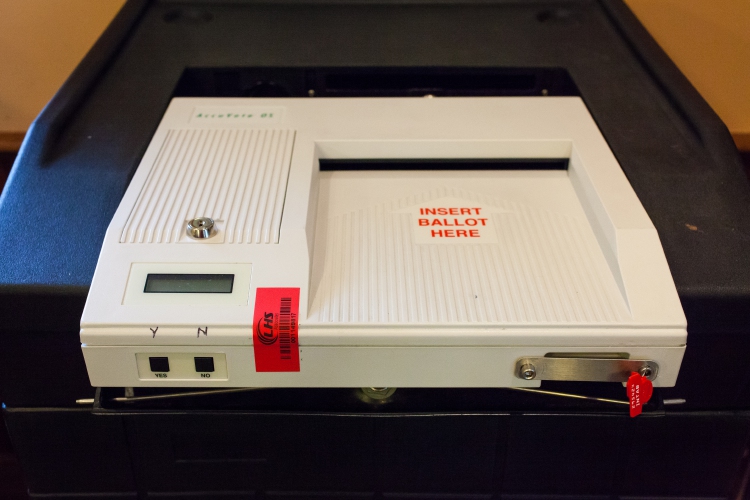 There seems to be an easy solution to a rash of people doubting the validity of election returns in New Hampshire: Always audit the results.

That’s the argument of some academics who say that regularly recounting certain races in most or all voting precincts, without waiting for anybody to request them, could help reassure the public that neither machines, nor officials are interfering with election tallies.

Since then, questions about the election results, notably President-elect Donald Trump’s unsupported claim of “serious voter fraud” in New Hampshire, Virginia and California, have kept the issue alive.

Because New Hampshire uses paper ballots that are either scanned optically or hand-counted, Halderman’s proposal for routine audits is feasible here. But perhaps not likely.

“The issue has been raised before in the legislature at least a couple of times, they have not been willing to go along with that,” said David Scanlan, assistant Secretary of State. “It was a combination of cost, but more importantly there was a feeling at the time the legislation was discussed that New Hampshire does quite a number of recounts from the elections . . . and the result of those recounts has been that the machines are accurate.”

This accuracy may seem suspect this year, since recounts changed the result in at least four State House races – in Manchester, Nashua, Bow/Dunbarton and Merrimack.

Yet the number of ballots that were changed by the recounts was low. The results switched only because the races were very close, not because the errors were large.

In Nashua’s Ward 1, for example, incumbent Elizabeth Ferreira went from loser to winner in the recount even though only seven of her ballots were changed.

The change involved just three-hundredths of one percent of the 2,420 votes she received.

And Ferreira’s change was comparatively big. Of 28 candidates involved in state representative recounts throughout Hillsborough County, only one other candidate saw their tally change by seven votes after the recount – all the rest had smaller changes. In Merrimack County, where Republican state Rep. JR Hoell was declared the victor in a recount, he picked up 12 votes, while fellow Republican Bill Kuch gained 16, which is still only a fraction of a percent of the votes either received.

Recounts of statewide races are much rarer. The most prominent example occurred after the 2008 presidential primary, when Hillary Clinton defeated Barack Obama in the Democratic primary even though Obama had led in pre-vote polls.

Because the state’s optical scanners are made by a firm that at the time was owned by Diebold, a company whose fully electronic voting machines were raising questions in other states, questions were raised about the accuracy of the results.

Dennis Kucinich, an Ohio congressman who received about 2 percent of the total Democratic vote, eventually paid for a recount, which cost about $60,000 although it was never completed.

“The Kucinich people that were here at the recount saw the results in the towns that they were particularly interested in, and did not see the results they expected, so they dropped it,” Scanlan said.

A recount of the Republican race was also paid for by a minor candidate, but did not materially change any results.

Audits would not be statewide recounts, however. This raises the question of exactly how they would operate.

Who would decide what races to recount as part of an audit – legislators, the Secretary of State’s office, local moderators or somebody else? How should recounts be done and when and where should they be done?

This issue roiled Derry after the party primary in September 2015 when state officials said Town Moderator Mary Till violated election law by overseeing some hand-counted double checks of machine-counted results.

“What I did was audit one race on each ballot on one machine just to make sure the machines were working properly,” Till told the Union Leader in an Oct. 21, 2015, story.

Deborah Summer of Jaffrey is among a few advocates who would like to see more such counts. She has been agitating on the topic for years.

She supports a system in which ballots from a few races, probably chosen by the town moderator, are hand-counted on election night at the polling place after being tallied by machines to see if any discrepancies emerge.

Summer says that audits done at the Secretary of State’s office in Concord, as is usually the policy, wouldn’t be good enough because she’s afraid paper ballots might be tampered with en route.

“Unless the hand count (or other check on the computer) is done on election night before ballots leave the chain of custody, any ‘audit’ would be a waste of time and money and a violation of our current laws consistent with the constitution,” she wrote in an email response to a Monitor query.