Why do we hate invasive plants? Remove buckthorn and watch what happens to white pine 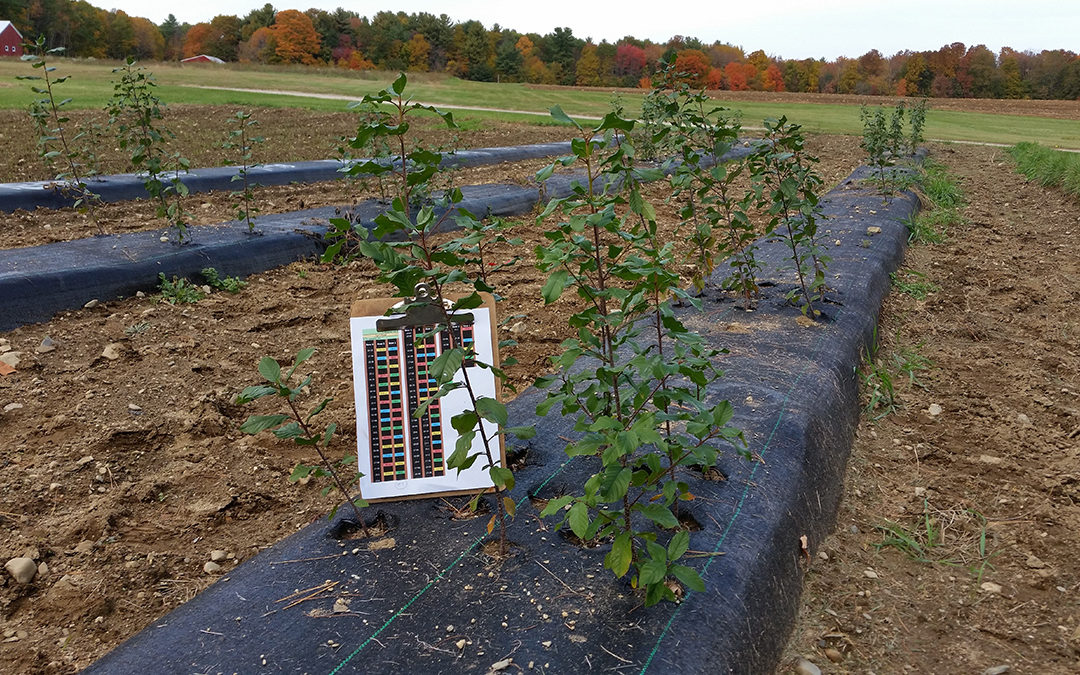 UNH researchers have planted an orchard of the fast-growing shrub at UNH’s Kingman Farm to determine the life history characteristics of invasive glossy buckthorn under controlled conditions, free from competition with other plants, and free from variation in other environmental factors such as soil or micro-climate. Credit: UNH

Researchers with the NH Agricultural Experiment Station have found that the economically valuable eastern white pine thrives when the invasive glossy buckthorn shrub is actively managed in New Hampshire forests.

“The forest products industry is important to New Hampshire’s economy and eastern white pine is one of our most valuable tree species. Anything, including invasive shrubs, which inhibits eastern white pine growth is of concern to the industry and should thus be a concern to the people of the state,” Lee said. According to the North East State Foresters Association, the annual value of sales of New Hampshire’s forest products industry totals nearly $1.4 billion. 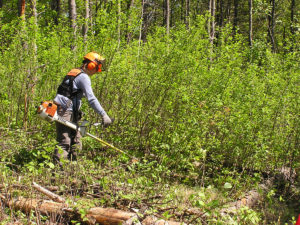 Researchers removed buckthorn stems from the understory of eastern white pine stands on UNH land. Removal was done by manual cutting with brush saws or with by flame guns. After five applications of the treatments over two years, the stands were clear-cut or thinned in the winter of 2009-2010. When a tree canopy of white pines is opened up, such as after logging, glossy buckthorn can take over an area in just a few years, forming a dense thicket. Researchers wanted to see if the manual cutting with brush saws or with flame guns prior to logging would inhibit the shrub’s growth.

Researchers concluded that the eastern white pine seedlings had been inhibited by glossy buckthorn and were released when the shrub was removed.Cutting and flaming had similar effects, but both treatments were very expensive to apply, which would likely prevent the method from being used on extensive scales.

Going forward, the researchers plan to examine less expensive approaches to limiting the effects of glossy buckthorn on eastern white pine seedlings, such as herbicides. Researchers currently are investigating other methods to control glossy buckthorn at UNH’s Kingman Research Farm where they have planted an orchard of the fast-growing shrub. By planting the orchard, the team aims to determine the life history characteristics of invasive glossy buckthorn under controlled conditions, free from competition with other plants, and free from variation in other environmental factors such as soil or micro-climate. They also will test, under rigorously controlled conditions, the effect of competition from glossy buckthorn on eastern white pine seedlings and determine the impact of manual cutting of glossy buckthorn of different ages on buckthorn growth and survival.

This material is based upon work supported by the NH Agricultural Experiment Station, through joint funding of the National Institute of Food and Agriculture, U.S. Department of Agriculture, under award number 0225004, and the state of New Hampshire.