Let’s go down to the beach and play with the nurdles (nurdles?) 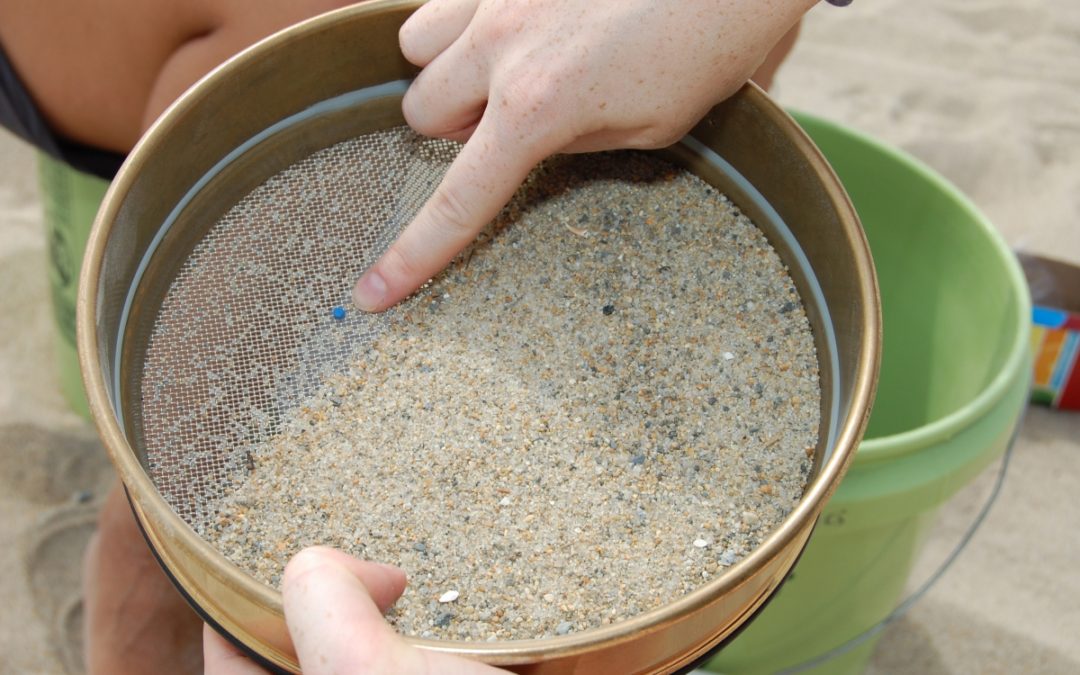 See the blue microplastic in the sand? There's lots more where that came from. (Photo by NH Sea Grant)

If you’re looking for some new environmental problem to fret about, teeny-tiny bits of plastic in the ocean is a good candidate.

All the plastic stuff we throw away eventually breaks down into little particles that don’t dissolve but eventually end up in the ocean, causing all sorts of problems that extend clear down to the deepest parts of the ocean floor.

In New Hampshire, sampling has taken place at a number of our beaches by NH Sea Grant, a federal-university partnership whose mission is to foster the sustainable development of the nation’s coasts. The project, which began in 2013, does surveys to find out how much of this “microplastic” ends up on five popular N.H. beaches: Hampton Beach, Hampton Harbor, North Hampton Beach, Jenness Beach, and Wallis Sands

The answer is: a lot of it, including something called “nurdles”, as I learned from this article about a recent presentation by Gabby Bradt, fisheries specialist from N.H. Sea Grant/UNH Cooperative Extension:

Another strange finding: the nurdle, a small piece of plastic that is easily mistaken for a tiny white rock. These small pre-fabricated beads are the type found in stuffed animals, or used to melt down and make other plastic items. Each year, more and more nurdles have been found in the samples, Bradt said. Is this due to an increase in the number of nurdles on the beach, or instead due to volunteers’ ability to see the nurdles more easily now than before?