Remembering a Nashua computer show from 3 years before DOS 1.0 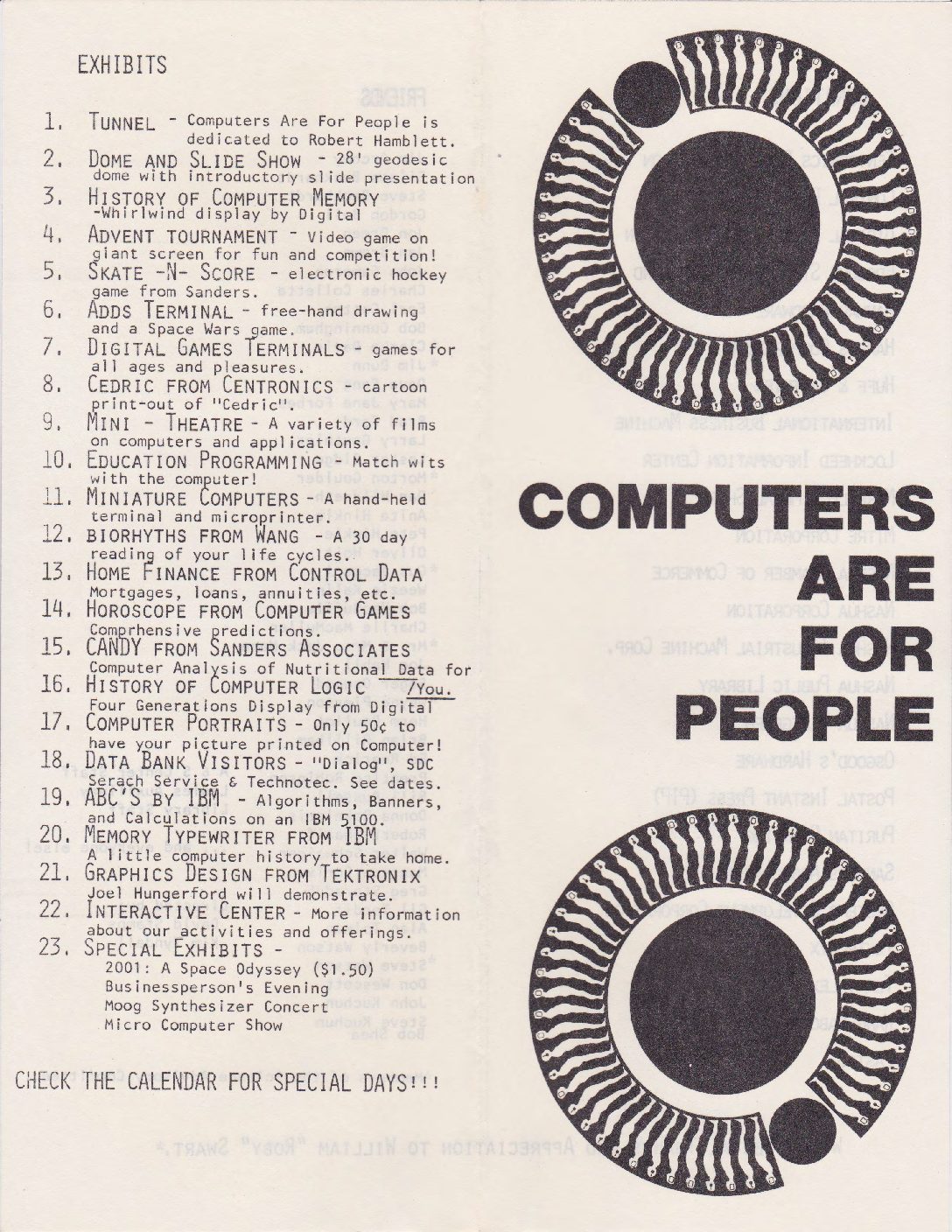 The program from a January 1978 Computer Show in Nashua. Courtesy: David Stamps

I received a few geek-nostalgia comments in response to the news about the historical marker for the invention of BASIC. Here’s a good one, from David Stamps:

Your article on the signpost commemorating the history of BASIC reminding me of another probably unsung story of computers in New
Hampshire.

1978 was a tipping point for Nashua. The digital revolution was already under way in the whole north of 128 area. Wang, DEC (Digital Equipment Corp.), Sanders, Harris, Centronics, Mitre, Textronix – to name a few were exploding in size and technical prowess. The late 70s was a kind of tipping point for computers as well. While IBM, Honeywell and others represented the BIG computers surrounded by the black tie and white shirted acolytes, technology was nibbling at their heels.

Even as DEC & Wang saw themselves as becoming king of the hill, other geeks in Cambridge, Austin, Cupertino and Seattle were busily undermining their undermining.

The late 70s was also a perceptual tipping point. “The computer did it” was a common excuse for human failure. Computers were viewed as imperturbable monoliths that would take over the world – all powerful. At the same time, the counter-culture was beginning to assert itself in the technology world.

During 1977, I joined with Gus Jaccaci (augustjaccaci.com) and began dreaming and scheming to create a new kind of vision of the future. We wound up in Nashua where the A&S Center was hoping to live up to both parts of its name. At the same time many of the new businesses were trying to “infiltrate” the communities they were over-burdening with growth. We managed to raise funds and awareness and most importantly amazing exhibits of cutting-edge technology from leading tech companies. From a biorhythm calculator, t-shirt printing of your face, geodesic domes, graphics design, memory typewriters … technology we yawn at today but was once new.

We were rewarded with hundreds of visitors including the 3rd grade from Nashua that wrote me thank letters like: “Thanks for inviting me to the
Computers are for People” show. I expect that 3rd P grade emerged with a vision of ways computers can be harnessed by people rather than the other
way around.

My background: I grew up the 50’s as a granite geek building Heath Kits and crystal radios. In 1978, I bought a TRS-80, taught myself BASIC and found an entry level contract programmer job in Needham. Soon, I was programming in RPG, PASCAL, FORTRAN, FoxBASE and whatever else came my way. Eventually I moved back to NH (phew) and onto the internet where I use several open source languages to program business