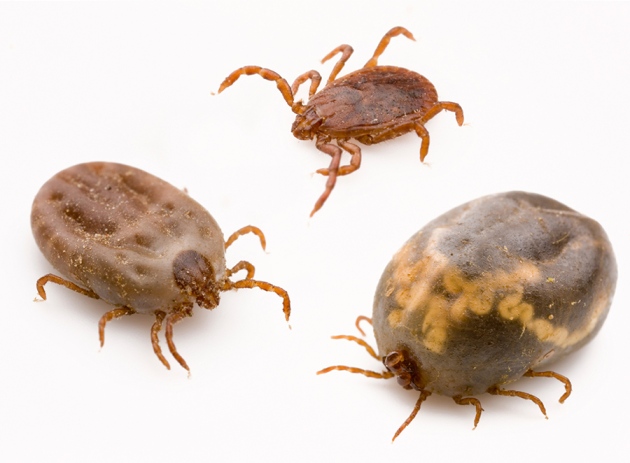 Nature photo: An adult tick expands as it feeds. I mean, really expands.

Nature has an excellent, detailed article (read it here) about what appears to be a growing global problem with tick-born illnesses. It’s not just Lyme disease and not just New England.

One possible cause, says the article, is mice:

Mice, like deer, flourish in fragmented woodlands — in part because predators such as foxes and opossums get displaced. Ticks then thrive on the rodents, which are poor groomers. Studies suggest that larval ticks have a 50% chance of surviving when they feed on mice, but only a 3.5% chance on opossums. And mice are typically where ticks pick up B. burgdorferi. Most mice in Lyme-endemic areas get infected with the bacterium at a young age and, for reasons that are not completely clear, they are particularly good at transmitting it to other ticks. Almost all young ticks that feed on white-footed mice become infected, compared with a mere 1% of ticks that feed on deer. Interrupting the tick–mouse infection cycle, says Ostfeld, could make ticks a lot less dangerous.

“Fragmented woodlands” means “people building houses in rural areas”  – such as my house, which borders woodlands frequented by mice and deer and other tick-bearing beasts, which drop the ticks in my yard so they can climb up my leg and bite me.

In other words, the growth in Lyme disease that we’re seeing is partly a function of land-use decisions in the exurbs.

On a related note, a few years ago I wrote a piece for UNH Magazine about research calibrating any relationship between tick populations and satellite observations of weather and land cover. (You can read it here; it’s the third story down the page.)  The goal was to develop ways to predict where and when Lyme disease occurs, without having to go out and set 100 traps in the field to count infected ticks, by looking at temperature, weather, forest cover or other factors to estimate how likely it is that you’ll encounter disease-ridden ticks in a given place and time.