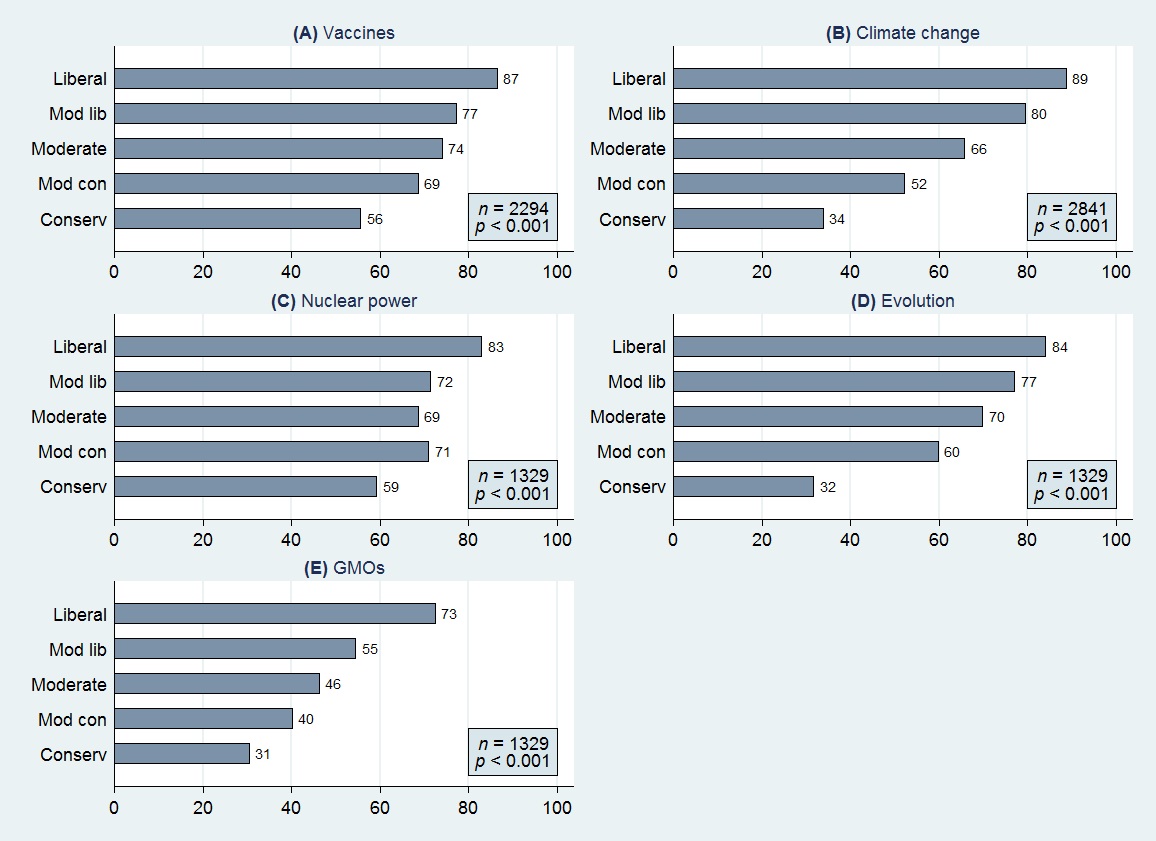 Chart by UNH - Trust in scientists follows a left-to-right political spectrum, no matter the topic.

Trust in scientists as a source of information is higher among liberals than conservatives regardless of topic, according to new survey research on New Hampshire residents from the Carsey School of Public Policy at the University of New Hampshire. This finding contradicts widespread belief that bias against science goes in either direction depending on the topic.

The research, conducted by Lawrence Hamilton, professor of sociology and a senior fellow at the Carsey School, found that 71 percent of New Hampshire residents trust scientists as a source of information on vaccines. Trust is also high regarding climate change (62 percent), nuclear power safety (69 percent) and evolution (63 percent). Trust is lower regarding genetically modified organisms (GMOs) at 47 percent, mostly because fewer people feel familiar enough with the topic to give an opinion.

“These results overturn the proposition that with this selection of topics we would find opposite and similarly strong ideological biases slanting in both directions,” Hamilton said. “If such opposite biases exist their effects are relatively weak.”

The newest research follows up on earlier surveys, published in the journal Sage Open last week (http://sgo.sagepub.com/content/5/3/2158244015602752), that compared only views on climate change and vaccines. The new Carsey brief includes two surveys conducted in 2015 with more than 1,000 additional interviews and three new questions on nuclear power, evolution and GMOs. Direct link to the brief: https://carsey.unh.edu/publication/views-of-science. The data used in this research was provided by the Granite State Poll, conducted by the UNH Survey Center. The work was supported by grants from the National Science Foundation.