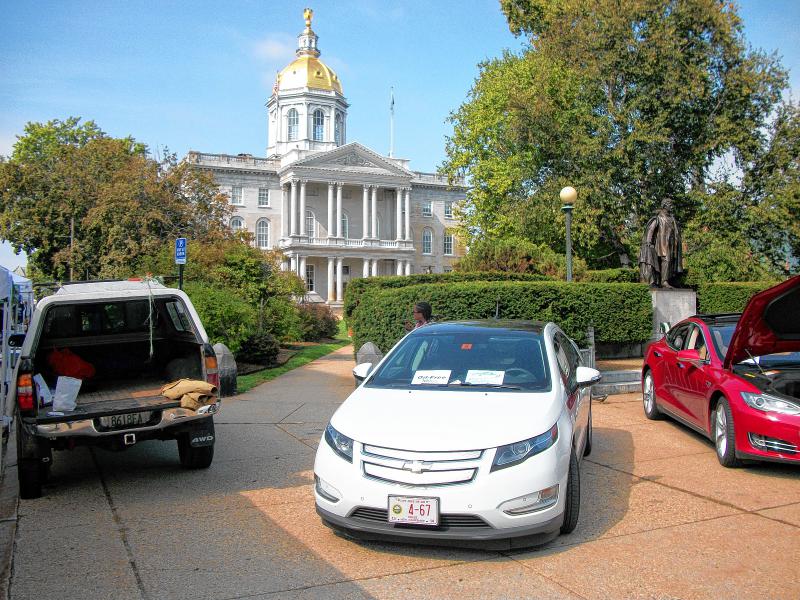 Courtesy photo: A Volt in front of the Statehouse as part of the 2014 Drive Elecdtric show.

For no particular reason, my first few weeks at the Monitor have been dripping with electricity-related stories by various reporters. Today is no exception: You’ve got the opening of SolarCity’s first office in the state as leases and PPAs get added to the residential solar-panel mix, and the annual electric car show coming to downtown on Saturday.

In case that’s not enough, I’m working on a story which will probably run this weekend about the state’s early efforts to figure out how to modernize the power grid as distributed energy and digital communications starts to upend the century-old business model. If you can’t wait for that story, Vox just did a great overall look at the situation, which you can check here.

Speaking of solar power, here’s an intriguing tidbit from a Greentech Media piece: “There are now 734,000 homes with solar systems in the U.S. Assuming there are 2.5 people living in each of those homes on average, all those residences combined would make a city of 1.84 million people – ranking only behind Chicago, Houston, Los Angeles and New York in population.”