N.H. inventor of the first modern video game getting his due 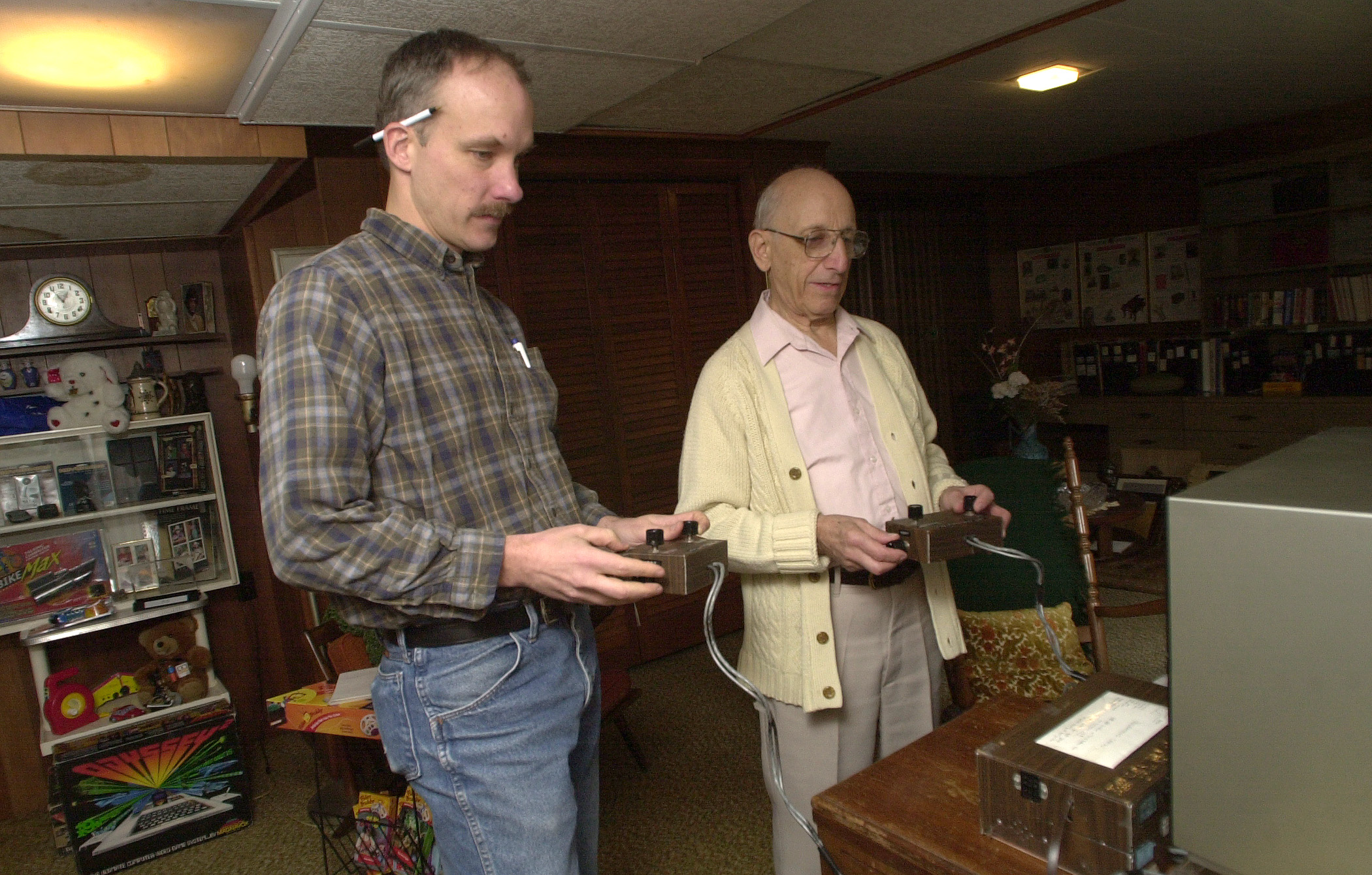 It’s not entirely true, but perhaps not entirely false, to credit an indignant 8-year-old with public recognition of New Hampshire’s pivotal contribution to the video game industry.

As his parents tell it, 8-year-old Alex Baer was taken to a talk in 2000 concerning the history of digital games, only to discover that nobody mentioned Ralph Baer, who oversaw development of the first home video game while working at a defense contractor in Nashua in the late 1960s.

“He was pretty upset. ‘No! My grandpa invented video games!’ ” recalled his mother, Chris.

Fifteen years later, thanks in large part to efforts by the Baer family, nobody would forget Ralph Baer’s accomplishment.

“He didn’t really want recognition; he was an engineer, he just wanted to make things,” said Mark Baer, Ralph’s son and Alex’s father. “But when other people started taking credit for his work, that got to him.”

I first heard of Ralph Baer because of that annoyance, when his book Videogames: In the Beginning landed on my newsroom desk in 2005. He had written it partly out of irritation at all of the attention given to Nolan Bushnell, who is often called the “father of video games” for developing the coin-operated Pong game – which happened well after Baer did his work.

In the decade since then, Baer, who died last December at 92 at his Manchester home, has been awarded the National Medal of Technology in a White House ceremony, inducted into the National Inventors Hall of Fame, had the workshop from the basement of his Manchester home turned into an exhibit in a Smithsonian museum in Washington, D.C., and in perhaps the biggest honor for somebody happiest with a soldering iron nearby, has been named a fellow of the IEEE, the professional organization of electrical engineers.

On Monday, another honor came his way in the parking lot at the Canal Street branch of BAE Systems in Nashua, the defense contractor descendant of Sanders Associates, where Baer worked. A plaque was unveiled honoring the development in that building of the “brown box,” the unofficial name for the first console that turned one-way television into an interactive medium via what was marketed in 1972 as the Magnavox Odyssey. The plaque marks the accomplishment as an official IEEE milestone event.

Baer, a World War II veteran whose family had fled Hitler’s Germany, told me in a number of interviews over the past decade that he got the idea for the brown box because previous experience as a television engineer led him to believe that more could be done with the “boob tube.”

Using his job as a project manager at Sanders as a sort of cover, he created a tiny team with fellow engineers including Bill Harrison and Lenny Cope. They set up in a small fifth-floor room opposite an elevator and got to work, shuffling around the costs to hide them from managers until he had something to display.

“When they were doing it, everyone was like, why are you fooling around?” said Bob Pelovitz, who started working with Baer in the 1980s and beyond. After Magnavox Odyssey came out and royalties from patents came to Sanders (although not without a lot of court fights), things changed. “When the money started flowing, they took it a little more seriously.”

Not a lot of that money made it to Baer, although he did all right. He told me several times, and his family reiterated it Monday, that the real reward of Odyssey was that it meant other people left him alone, to do what he wanted.

Speeches Monday from officials with BAE and IEEE honored Baer’s inventive spirit and “let’s do it” attitude, as well as the odd juxtaposition of video games and defense contracting.

“When I was a girl living up that street, attending that church, who know what was going on down here,” said Nashua Mayor Donnalee Lozeau. She added, “Growing up, I wasn’t allowed to play video games.”

But Arthur Molella of the Smithsonian Institution said the connection made sense. Molella oversaw the transfer of Baer’s workshop out of the basement of his modest Manchester home – complete right down to Baer’s sweater, notes and workshop debris – to the National Museum of Natural History in Washington, D.C., and said Monday that he only regretted he couldn’t sneak into BAE System’s well-guarded halls and take the fifth-floor workshop, too.

“I also wish we could have picked up his laboratory at Sanders, and shipped that down. . . . It’s clear to me that the two labs, the lab here at Sanders and the lab in this basement, were joined at the hip. . . . He needed both these places, and if you’re an engineer, you know how important places like this are to you.”

Baer did plenty after leaving Sanders in the 1980s, most notably inventing Simon, the electronic memory game that swept the nation. He kept inventing and developing until the end. In fact, he was worried about the Smithsonian taking his workshop because it left him nowhere to work, even though he was over 90.

Mark Baer had to build him another workshop upstairs.

“My brother (Jim) and I would be playing video games but dad would be cranking – he loved that word ‘cranking’ – down in the basement,” Mark Baer told the crowd Monday. “Dad was always cranking out something.”