Leaves are beautiful (well, some of them) but our climate future isn’t 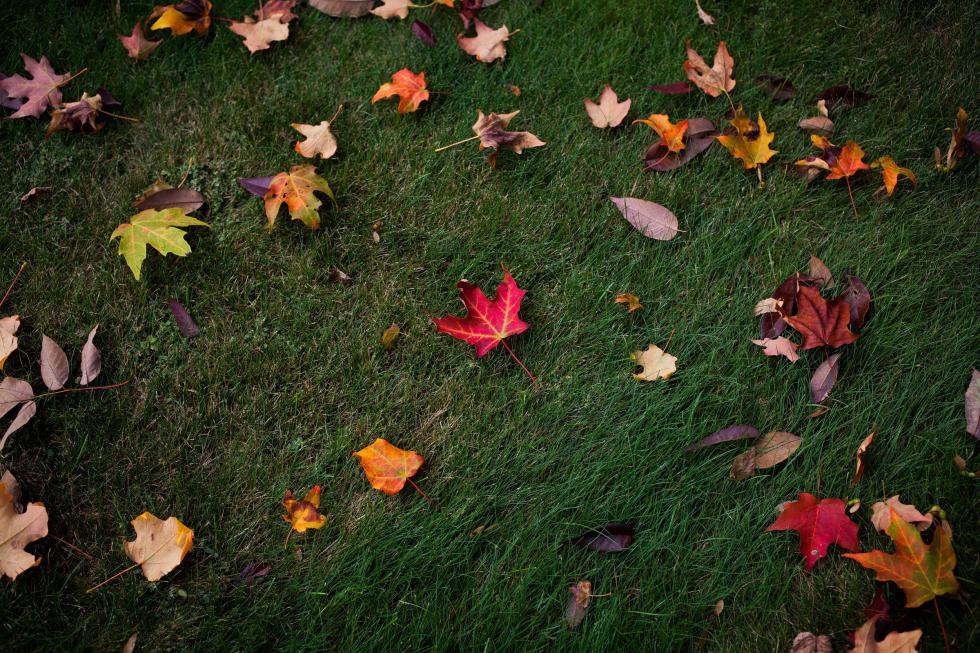 Barry Rock is retired, so you might not pay much attention when he laments that something was better when he was young. When the topic is leaf-peeping, however, you absolutely should pay attention.

“There was a time you could count on it like clockwork, that there would be colors for Columbus Day weekend. . . . That’s less and less the case,” said Rock, a longtime researcher at UNH’s Institute for the Study of Earth, Oceans and Space.

He gave this assessment when I called him recently as part of a story on the progress of leaf-peeping season. Rock and I talked about this same topic five years ago when he was still a professor at UNH.

Back then, as part of decades of research in forests, remote sensing and a variety of other surprisingly intertwined topics, he was working to quantify changes in New England’s autumnal splendor. His team was performing spectral analysis of satellite photos from year to year, measuring the yellows, oranges and reds that draw the crowds who turn the Kancamagus Highway into a parking lot.

He thought New Hampshire was beginning to see the decline of the sugar maple, as the weight of climate change was added to issues of local pollution, invasive species, disease and development. “This isn’t my saying so . . . this is the numbers saying so,” he told me in 2010.

What do the numbers say in 2015? Alas, that bugaboo of science – consistent funding – ended the spectral analysis program after three years, which isn’t enough data to reach conclusions. But Rock, who knows forests, isn’t any happier than he was then.

“My feeling is that the health of the trees continues to slip a little bit. They’re more susceptible to insect problems, fungal problems,” he said. “I collected some leaves this morning near campus. They were simply turning yellow, hadn’t developed a really gorgeous red, that knock-your-socks off orange.”

I have that issue myself: Two sugar maples in my yard that were awesomely gorgeous a few autumns ago now look more like oak trees each fall, apparently due to fungus that reduces the amount of sugar in the leaves prior to leaf drop. Sugar is what makes the reds and oranges that are New England’s October glory.

Warmth doesn’t help, either, since it takes cool nights to really turn leaves color before changes in amount of daylight lead them to fall off. This September was near the top of the temperature charts for us and was the warmest September on record for the globe as a whole. Only a fool would expect that trend to change.

“You’re going to have a situation where the leaves are going to fall off the tree before they turn beautiful colors. Can I attribute that to climate? Well, with a warmer September, a lengthening growing season since essentially the ’70s and ’80s, it’s more likely to happen. . . . And heavy rainfall that can take the leaves off the trees. That’s what climate models predict as being an effect of climate change: stronger storms,” he said.

We went on to discuss other global climate issues, which is when I sank into what English majors would call the Slough of Despond, the bog in John Bunyan’s allegory Pilgrim’s Progress, where people go to wallow in despair.

Why despair? Because as the science around climate change firms up, it keeps pointing to the bleakest end of the spectrum of possibilities.

And if you want to be really scared, consider NOAA’s map of global land and ocean temperatures from January to August of this year. Every place in the world was average or above average except one: the north Atlantic Ocean, which was much colder than average, in some places record cold.

This weird pattern is exactly what would be expected if the Atlantic Meridional Overturning Circulation pattern (which includes the Gulf Stream) becomes disrupted by all the fresh water pouring into the sea from a melting Greenland.

Let’s hope that temperature map is misleading because if the Gulf Stream breaks down, much of the weather norms in the eastern U.S., Canada and Western Europe, norms that our lifestyle and our economy are all built around, will be up for grabs. Crummy leaf-peeping would be just a tiny part of it.

Rock admitted that things are bleak, both because of what is happening now due to accumulated damage we humans have done and because of a shortage of actions to improve things.

“All of the climate models that were projecting something for the end of the century, now are being revised so that what we thought would happen in 2099 is very likely to happen by 2050 or even 2030,” Rock said. “I have to admit that 20, 30 years ago, when I began doing serious climate science, I really had hope that we would be able to turn things around . . . and that has been anything but the truth.”

Sounds pretty depressing, but while Rock might be teetering on the edge of the Slough of Despond, he hasn’t quite fallen in.

“Despair is a little strong,” he said. “Frustration is a better word.”

On that note, I think I’ll go gaze at some beautiful foliage, which is as good a cure for frustration as you can think of. Assuming I can find any, of course.