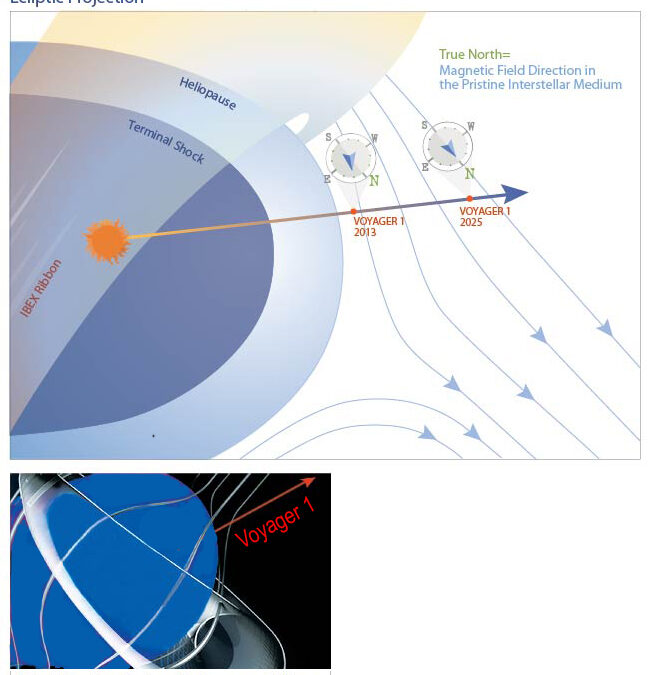 Upon exiting the heliopause, the local measurements of the magnetic field by Voyager 1, shown here as a compass needle, differed by 40 degrees from the “true magnetic north” direction of the magnetic field in the pristine interstellar medium. As the spacecraft pushed into interstellar space, the compass needle moved ever closer to true magnetic north. The view in the bottom image is from the starboard side of the heliosphere with the path of Voyager 1 in the plane of the page. Image by Kristi Donahue, UNH-EOS. 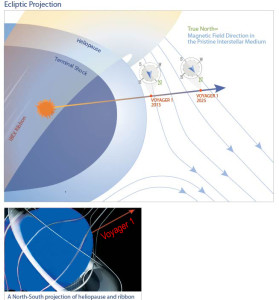