A flight-calculating slide rule used by Mr. Spock is real, still used 75 years after its invention 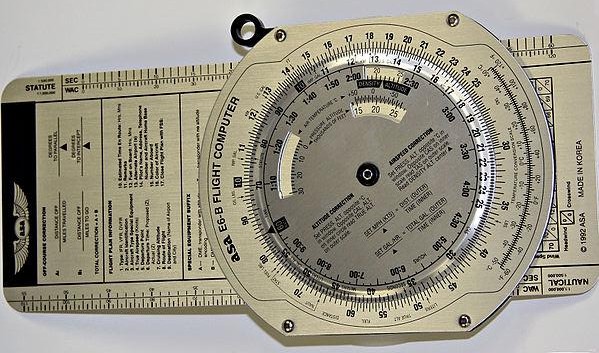 In pre-computer days, there were many variations of the slide rule. These were portable devices of varying shapes, with various scales (often logarithmic), that had different sliding or turning markers. They were used to simplify conversions or calculations, and their details depended on the profession – different types of engineers, professions and hobbyists had different types of rules. You can check many options at the online Slide Rule Museum.

One of these is called the E6B, developed by the military for pilots to do such things as calculate ground speed and wind correction angle, so they know where to actually point the plane to get where they want to go. I have a simpler variant developed for civilian flight somewhere in the attic, from my long-dormant private-pilot days.

Turns out there are two cool things about the E6B: It is still being used, and Mr. Spock used it on the original Star Trek. Information Week has all the geeky details. while the Slide Rule Museum has a still of Spock contemplating an E6B.