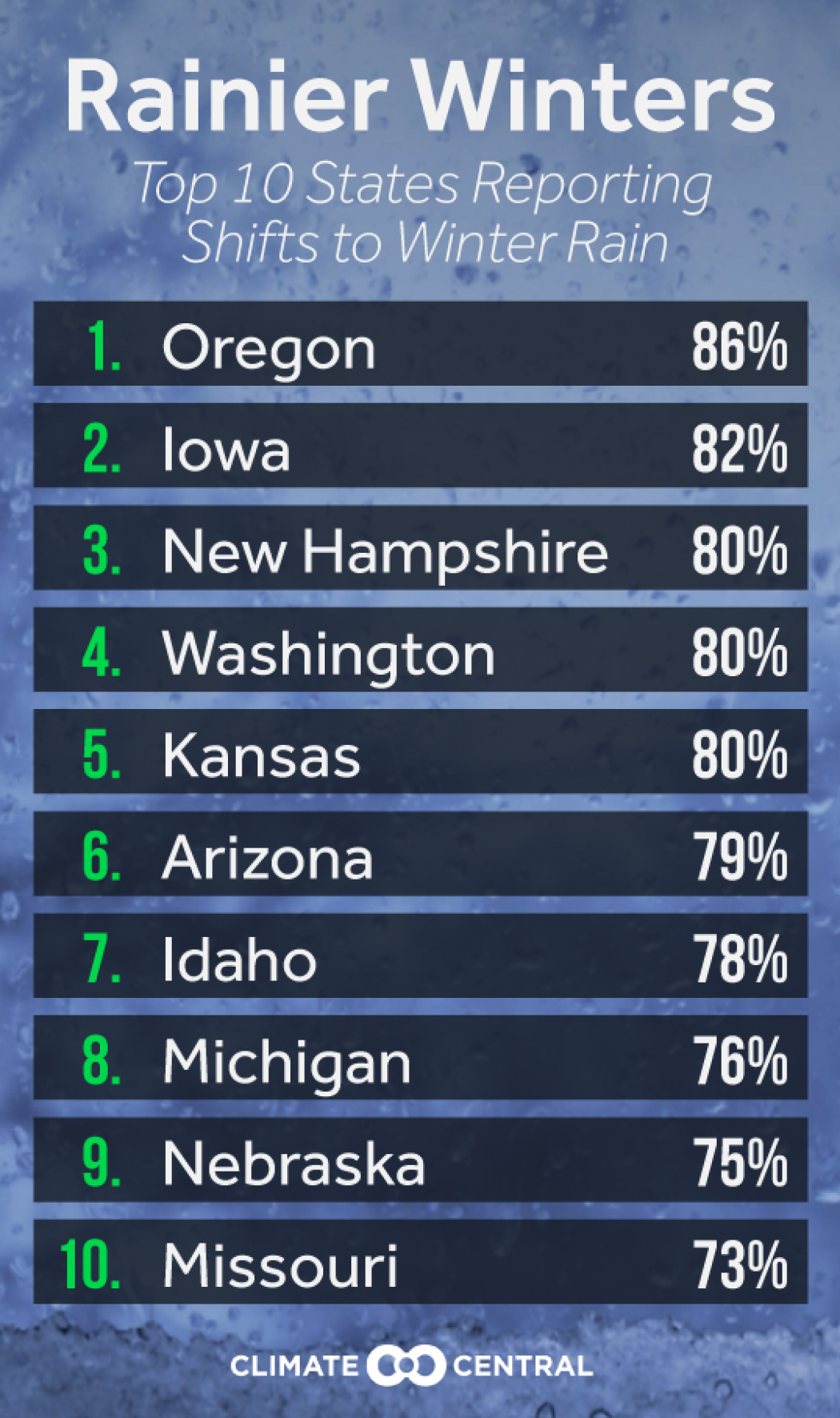 I love winter and I love snow, but I hate wintery rain and you probably do, too. If it’s going to be cold and precipitating, it better be what TV weather  folks love to call “the white stuff.”

But increasingly it’s not, especially in New Hampshire, as Climate Central reports. (Full report is here.)

Our analysis included 2,121 weather stations and looked at days with precipitation from the months that typically see at least 1 inch of snow so we could get a full sense of not just winter, but the snowy shoulder seasons as well. In some places, this snowy season spanned October through April, while in others it only ranged December to February.