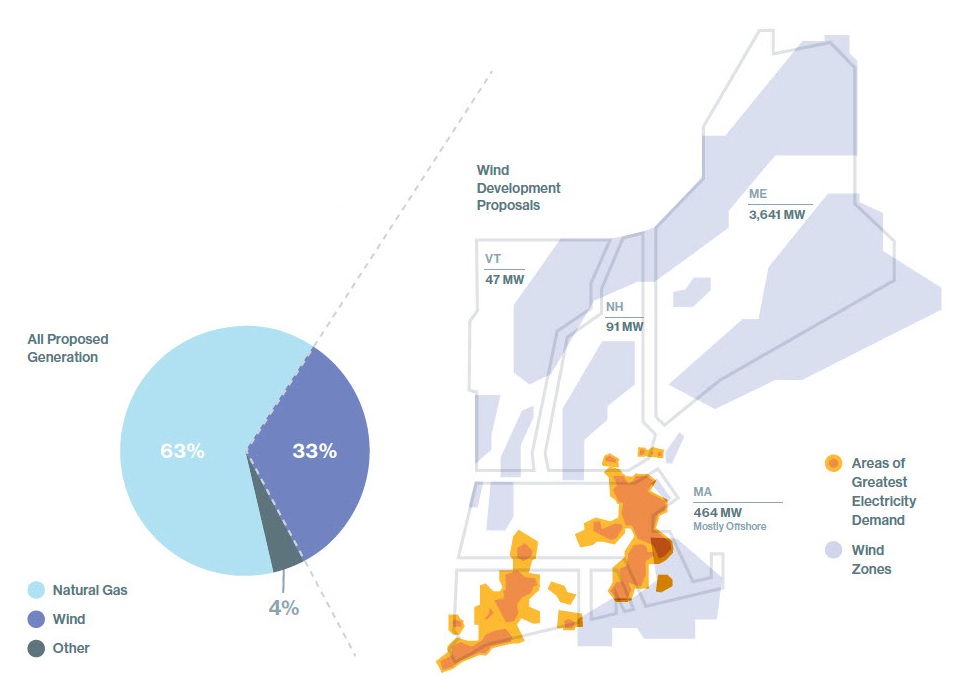 “In the next decade or so, New England’s power grid is on course to becoming a hybrid grid where up to 20% of the power system’s resources are made up of smaller power resources connected directly to retail customers or to local distribution utilities—and not the transmission system.”

That’s one of the conclusions from ISO-New England, the folks who run the six-state electric power grid, in its 2016 Regional Energy Outlook.  It includes lots of interesting tidbits about the fast-changing industry of providing electrons, such as: