Can Dean Kamen make the Stirling engine part of our energy future? 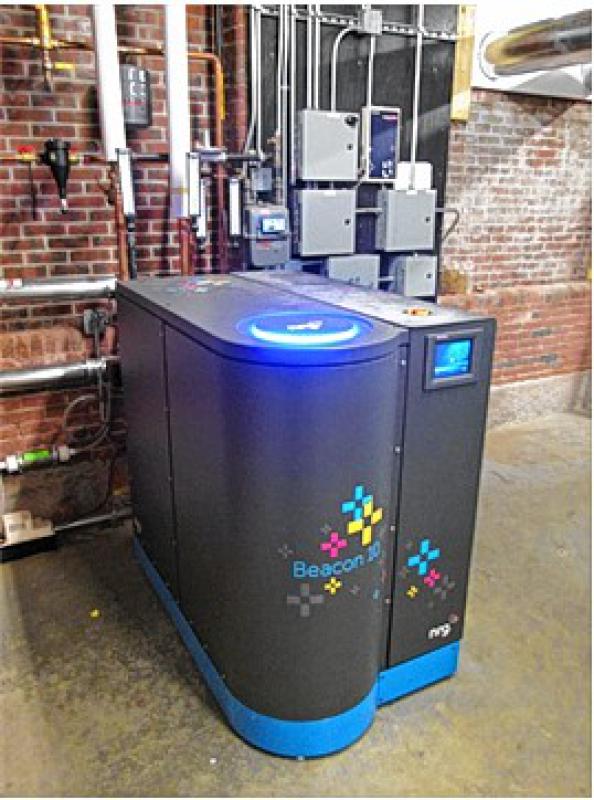 As New Hampshire contemplates its energy future, maybe we should include a bit of energy past that has never quite succeeded.

That’s the idea behind an intriguing proposal from Dean Kamen’s research firm, DEKA. It wants to power a state-owned building with a Stirling engine, a design that has shown great promise for more than a century but hasn’t been truly commercialized.

If the proposal is accepted by lawmakers and if it works, it might save the state a little money on electricity, might help DEKA turn one of Kamen’s dreams into a real business, and would go a long way toward burnishing New Hampshire’s credentials as a place where interesting technology comes to life.

So how likely is it? It’s hard to say, but since this is Granite Geek, we’ll contemplate the tech stuff before we get to the lawmaker stuff.

A Stirling engine (named after Robert Stirling, a Scottish minister who developed one of the prototypes 200 years ago) has two major differences from my car engine.

One is that it uses an external heat source to create energy and move parts around rather than an internal heat source created by a spark plug igniting a mix of gasoline and air. The other is that it is a closed-cycle engine; the internal fluids and gases stay inside, unlike the exhaust that is released by my car.

In theory, these make the Stirling engine more efficient, less polluting and more flexible than internal-combustion engines, since it can use any external heat source. In reality, issues of heat transfer through materials, sealing fluids and other engineering problems have kept it from working efficiently on a useful scale except in a few limited applications.

Enter Kamen, famous for the Segway but more importantly an inventor of medical devices, a major force in the rebirth of Manchester’s millyard tech scene and the creator of the FIRST Robotics Competition. Kamen has long been fascinated with Stirling engines, creating them in various sizes and configurations to power various devices. But they haven’t really worked out – until now, maybe.

“We have done a lot of work at DEKA to make (the Stirling engine) a more viable, a more practical technology,” said Jim Scott, a DEKA representative.

DEKA has built refrigerator-sized Stirling engines, powered by natural gas, that it says can generate 10 kilowatts of electricity and 40 kilowatts of heat. (I didn’t even know you could measure heat in kilowatts; energy units sure are confusing.)

A couple of these units have been helping power DEKA’s millyard building at 100 Commercial St. since late 2013 as part of a test, and the company has several more operating in other buildings hither and yon. It says they are living up to their promise, and now DEKA would like to put one in a state building in Concord to give the project a much higher profile.

A law (Senate Bill 489) has been proposed to allow the project to go ahead, at no cost to the state. “It’s like hooking up a generator and a water heater, that’s all,” Scott said.

Scott showed up at a legislative hearing last Tuesday to answer questions on the proposal, but as it turns out, there weren’t any questions for him. Lawmakers on the Science, Technology and Energy Committee mostly talked about whether the issue should be handled by the Legislature or handled through the Executive Council, which is usually the body that accepts gifts to the state government. They’ll discuss the issue again Thursday.

Sen. Jeb Bradley of Wolfeboro, the prime sponsor, argued that the bill had the potential to give a boost to a well-known state company, above and beyond its energy benefits. “We have nothing to lose by doing this,” he said.

Committee member Herbert Vadney, a state representative from Meredith who is a mechanical engineer, said his familiarity with Stirling engines made him less than optimistic. “I see no reason for the state to get involved in an R&D project at this point – this is a gift to somebody,” he said.

David Murotake of Nashua, another committee representative with tech background, was more supportive. “It might build New Hampshire as a skill center for Sterling engines,” he mused.

Meredith Hatfield, director of the Office of Energy and Planning, said she was interested in the project as the state ponders ways to deal with the fast-changing energy universe, where utilities and power production is being reinvented on the fly.

“We need to be looking at different ways of doing things,” she told the committee. A natural gas-fired electricity-producing engine might not be as cutting edge as fuel cells or solar panels, but adding small-scale power plants could give the state more flexibility to cope with changes coming down the pike.

Plus, she noted, DEKA’s offer is a full-scale pilot project for free. “We don’t have the budget to test it out ourselves,” she said dryly.