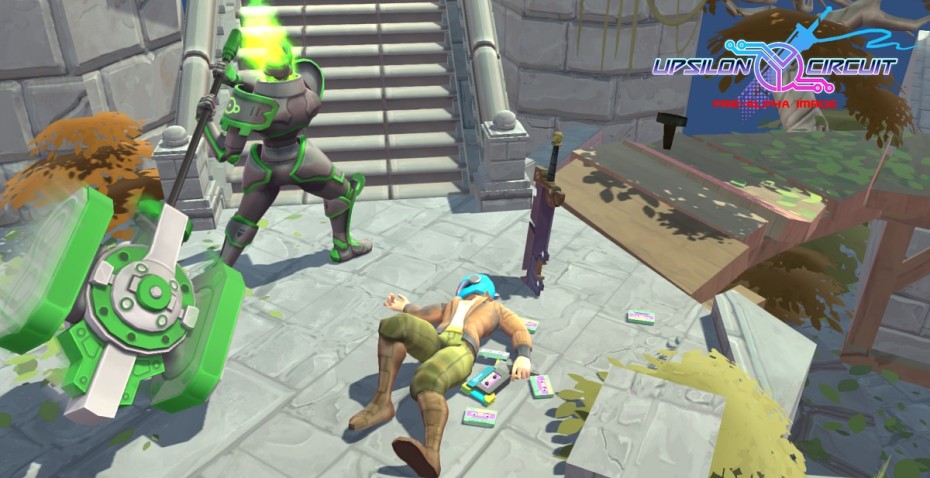 Robot Loves Kitty, a husband-and-wife indie game studio based in Manchester, is partnering with game investor Execution Labs on “Upsilon Circuit, a game that is like a combination of The Price is Right game show and The Hunger Games movie,” reports VentureBeat (full story is here).

In Upsilon Circuit, eight players compete online in a dungeon to fight monsters, unlock new areas, defeat bosses, and earn points for their team. But in a video game show, the audience members — not the players themselves — are the main focus of the game.

And while the game world is persistent, the focus of each of the game’s seasons will be on a limited number of set broadcasts. When watching the game on a streaming platform such as Twitch, audience members manipulate the game in real time. They collectively pick contestants’ skills, drop in helpful items, and generally have the ability to save or destroy the competitors.

Skilled players may be able to survive for weeks or even months, but once they’re dead, they’re dead for good. Audience members will then step in to take their place.

Interesting, to say the least.