My brilliant idea: Rent a raptor to attack annoying drones 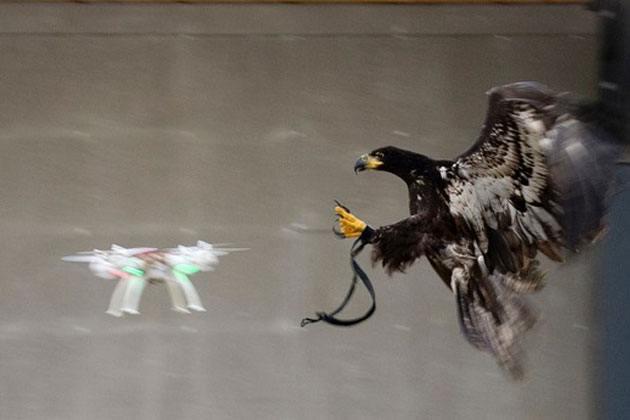 This morning I was a guest on the NH Public Radio talk show “The Exchange,” talking about state and federal response to drones, when I had a brilliant idea.

We were discussing how to react if a drone does something illegal, like hover in front of your bedroom window with a camera. As a tongue-in-cheek suggestion I mentioned a video you may have seen in which Dutch police show a trained eagle taking down a drone (here is the video, and it’s awesome) when it suddenly occurred to me that it could be legit.

Lots of science museums have hawks and owls used that they use for demonstrations, or take on trips to schools or fairs. Why don’t they instead train them to attack drones for a fee? It would be a lucrative side business for these cash-strapped locations.

I’ve even got a slogan: Rent A Raptor  & Your Drone Dismay Is Done!

Quick – to the trademark office!