How do you measure DUI for pot smoking? Not with the equivalent of blood-alcohol levels 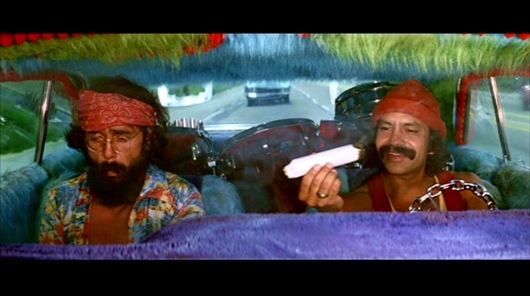 This is much less funny if they're driving on the same road as you.

The AAA Foundation for Traffic Safety took a look at statistics about accidents in Washington state after marijuana use has been legalized to analyze “its potential effect on driving and driving safety” and found that “legal limits, also known as per se limits, for marijuana and driving are arbitrary and unsupported by science.”

In other words, the cannabis equivalent of a blood-alcohol test does not tell you anything useful about whether the driver is impaired, says AAA. (Details here.)

As Ars Technica puts it, this is what they found: “People with low blood amounts of THC—or delta-9-tetrahydrocannabinol, the main psychoactive component of pot—may still act as if they’re really stoned. On the other hand, some people may have THC measurements off the charts yet still act normally.”

This does NOT mean that it’s OK to smoke and drive – there’s no question that getting stoned makes you a much worse driver, posing danger to other people. It just means that we don’t have a good objective measure of impairment, the way we do with blood-alcohol levels.