Don’t toss those oyster shells – or, rather, toss them in Great Bay 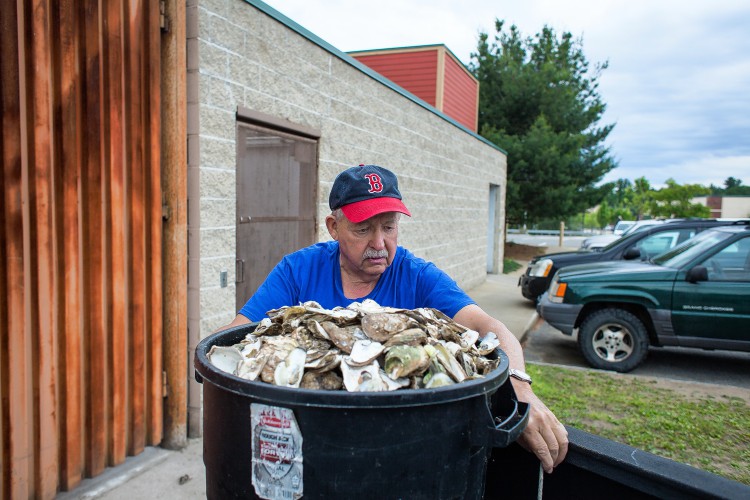 Hundreds and hundreds of pounds of old oyster shells are collected from restaurants around New Hampshire each week and eventually placed into Great Bay, the huge tidal estuary that swings west of Portsmouth, to create a substrate for new oysters to grow.

It’s part of an overall effort to return this filter-feeding and tasty bivalve to our waters, and I write about it in today’s Concord Monitor.

I have to admit that I can take or leave oysters, whether raw or cooked. But they are a keystone species in tidal areas and well worth helping.