Are firefly populations crashing? We don’t know – but that doesn’t mean we shouldn’t worry 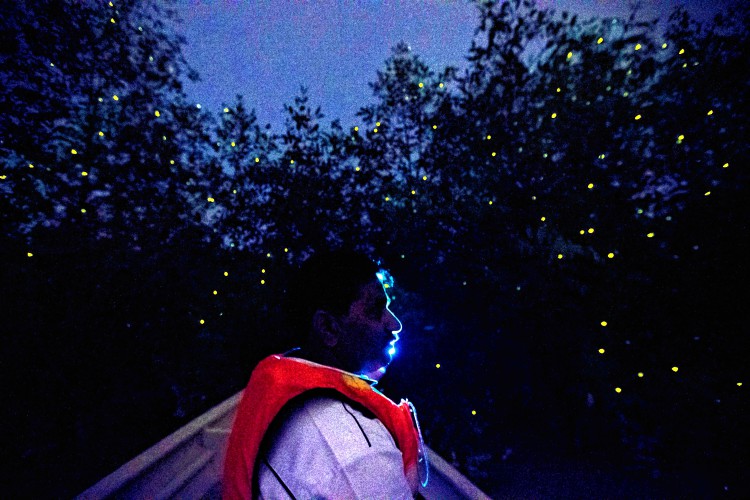 A man is silhouetted by his phone as he attempts to make a photograph of fireflies, as they twinkle in the darkness while feeding on a type of mangrove tree, at the Kampung Kuantan Firefly Park in Kuala Selangor, Malaysia, on Wednesday, Oct. 9, 2013. (AP Photo/Jacquelyn Martin)

I’ve heard a lot of news reports in the past few months that say firefly populations are crashing, like honeybees are, so I figured I’d check into it for my Monitor column.

The answer, according to Tufts University biology professor Sarah Lewis (she’s literally written the book about fireflies: Silent Sparks) is that we don’t have good population data so we can’t say. But there are plenty of reasons to be worried.

If you want to be worried, but in an informed way, check out the column.