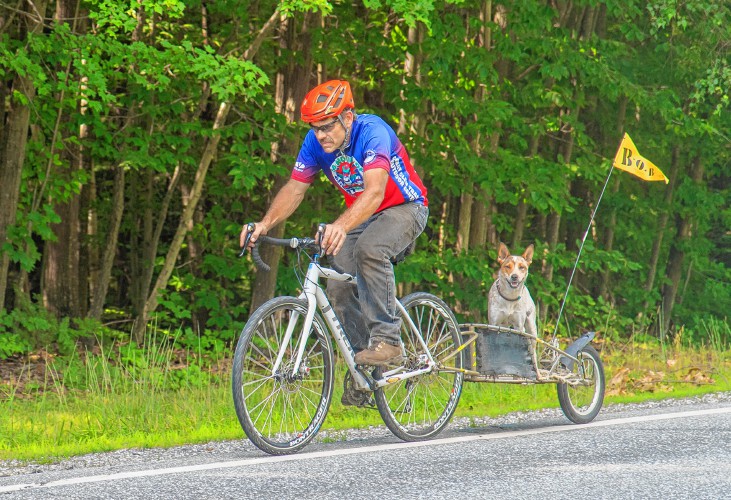 Occasionally on my commute I pass a guy riding a bike along a 50 mph two-lane road while pulling a dog in a trailer. News gets slow in summertime and any story is a good story, so a couple weeks ago I pulled over to the side of the road at the top of a hill, wrote “call me” on my business card, and stood in the shoulder holding it out. He grabbed it as he went by, called me, and here’s the resulting story.

As I’ve said before, the best part of being a reporter is that when you see something weird, you have an excuse to stick your nose into the middle of things and figure out what’s going on.