Galactic Tick Day is coming, and it’s got nothing to do with Lyme disease 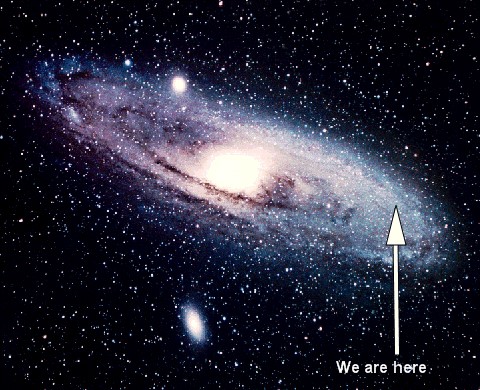 In one week you can celebrate a delightfully weird astronomical event: Galactic Tick Day.

It was created by a group of West Coast science enthusiasts to celebrate the journey that the Solar System takes around the disk of the Milky Way galaxy. The trip takes about 225 million years, a period they’ve divided into “ticks” (as in a clock’s sound, not the arachnid) of 633.7 days, or 1.74 years.  Each tick is the time for the Solar System to move one centi-arcsecond (one-100th of an arcsecond, a measure of angular rotation) of the overall trip. Roughly.

Sept. 29 will be the 235th Galactic Tick Day, because they decided we should start counting on Oct. 2, 1608, the day that Hans Lippershey filed the patent for the first telescope. That is ridiculously arbitrary, which is why it’s awesome.

They hope that this silly but intriguing celebration will get people thinking about the wonders the universe, such as the fact that Earth is moving around the sun at 67,000 mph and we’re moving around the galaxy at roughly 514,000 mph. “Galactic Tick Day is set aside to acknowledge our Sun’s motion, our progress around the home galaxy, and to celebrate humanity’s knowledge of this motion” they say.

If you want to learn more they have a Facebook page (here) and a website at  galactictick.com. I don’t know of any celebrations planned in New England; if you hear of one, let me know!