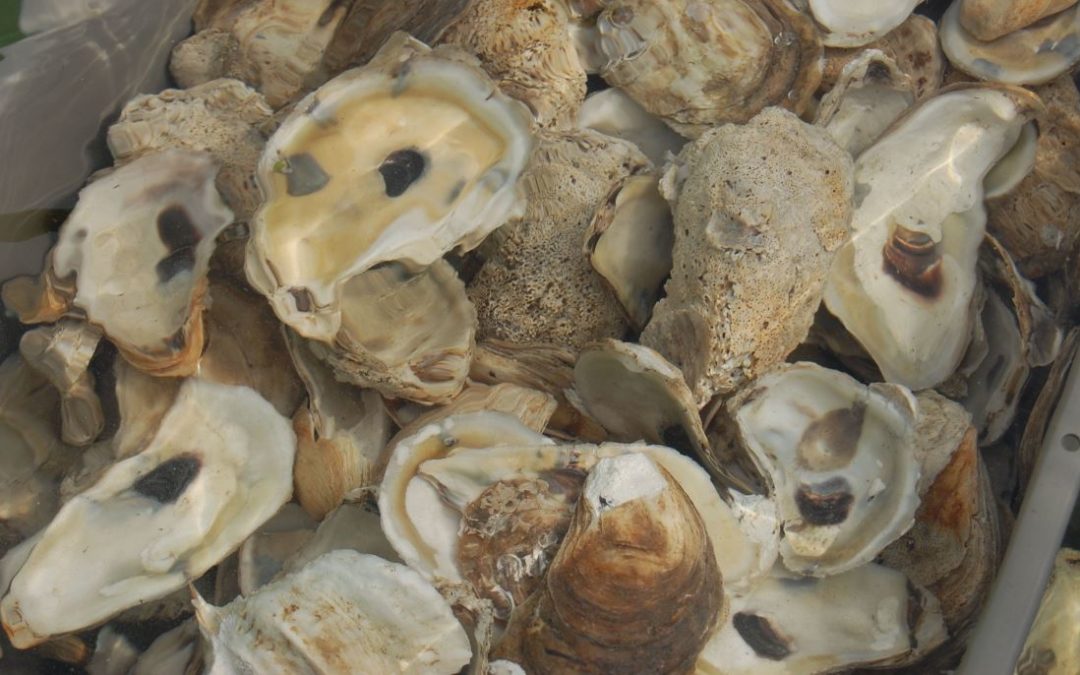 DURHAM, N.H. – University of New Hampshire scientists are one step closer to being able to predict when oysters in the Great Bay Estuary may be at risk of being infected with a bacteria that has sickened consumers throughout the Northeast.

UNH scientists have developed a predictive modeling tool capable of estimating the likelihood of Vibrio parahaemolyticus presence in coastal New Hampshire oysters.V. parahaemolyticus is the most common bacterial infection acquired from seafood in the world. There are an estimated 45,000 cases each year in the United States. In recent years, there has been an increase in the incidence of shellfish contamination, which has caused costly recalls of shellfish and shellfish bed closures in Connecticut and Massachusetts. Some strains of the microbe cause disease and others do not.

“This research represents a significant advance in our understanding of what environmental conditions are related to the incidence of V. parahaemolyticus, a human pathogenic bacterium, in New Hampshire oysters. We found that not only water temperature and salinity are important, but also chlorophyll, which is a measure of how much phytoplankton biomass is present in the water overlying natural oyster beds,” said Stephen Jones, research associate professor of natural resources and one of the scientists involved with the study. 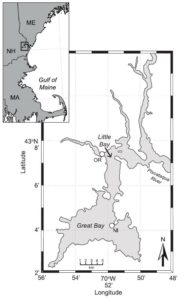 Scientists analyzed oyster samples from two sites collected over seven years in the Great Bay Estuary for V. parahaemolyticus abundance, noting significant relationships with various biotic and abiotic factors. Results show that including chlorophyll a concentration in their analysis improved their ability to predict the likelihood of V. parahaemolyticus in the estuary. Their ongoing work builds from this and is focused on making even more accurate predictions.

“In the last five years, V. parahaemolyticus has become an increasingly significant pathogen to humans who consume raw or undercooked shellfish in the Northeast United States. Where in the past cases of illness were quite rare, there have now been outbreaks of illness caused by this species in Long Island Sound and the southern Gulf of Maine in Massachusetts. In New Hampshire, there has yet to be a reported case of illness from this pathogen associated with shellfish consumption, but our collective studies at UNH are tracking how its presence is changing in New Hampshire coastal waters and shellfish,” Jones said.

“This research will enable shellfish managers and growers, and public health agencies to anticipate risk conditions when extra measures should be taken during shellfish harvesting to prevent illnesses. The present guidelines used in New England have been somewhat inadequate, as all illnesses have not been prevented,” he said.

UNH researchers have been tracking Vibrios in the Great Bay Estuary for 10 consecutive years, and previously in the 1990s and 2000s. In the 1980s, UNH scientists were the first to detect Vibrio vulnificus – a potentially more serious species of Vibrio – in the Great Bay estuary. In a major breakthrough in shellfish management and disease prevention, in 2015 UNH scientists announced they discovered a new method to detect the specific Vibrio parahaemolyticus strains that cause human illness in New England oyster beds. The new patent-pending detection method is a significant advance in efforts to identify shellfish harboring disease-carrying strains of Vibrio parahaemolyticus. This latest research represents an initial step to study Vibrio populations at this more detailed scale within a shellfish harvest area-sized study area to help inform larger regional efforts to develop risk forecasting tools for the region.

Founded in 1887, the NH Agricultural Experiment Station at the UNH College of Life Sciences and Agriculture is UNH’s original research center