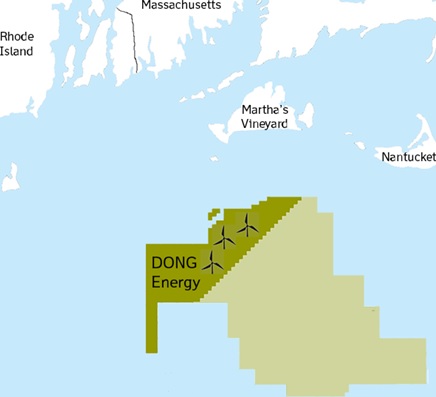 A one-gigawatt offshore wind project called Bay State Wind is being planned for an area south of Martha’s Vineyard – Eversource Energy has just bought into the project, saying it will be responsible for the onshore transmission infrastructure while Dong Energy, the massive Danish energy firm, builds and operates the wind farm itself. According to Windpower Monthly.

In August, the Massachusetts state government passed a bill requiring local utilities to buy 1.6GW of offshore wind power by July 2027 and a further 1.2GW from alternative renewable energy sources.  Bay State Wind is one of two sites Dong is developing in the US. It also owns the 1GW Ocean Wind site off the coast of New Jersey