In Concord’s downtown, steam heat is going up in, er, smoke 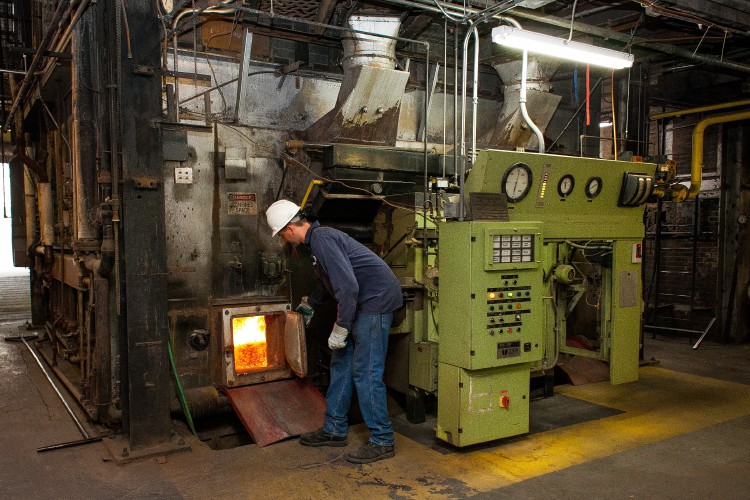 Plant operator Neil Stewart of Manchester opens an access door to one of the boiler furnaces at the Concord Steam Corp. plant in Concord on Tuesday, June 9, 2015. (ELIZABETH FRANTZ / Monitor staff)

Downtown Concord is preparing for life without Concord Steam, a private company that has burned wood ships and sent steam heat underground to some 180 buildings for seven decades. Inefficiency (as much as 50 percent of the steam is lost through leaks), old equipment and brutal cost competition with natural gas-fired furnaces has done it in. It will close at the end of the heating season in May, and buildings throughout Concord, including the State house, are scrambling to replace it.

Concord Steam is the only urban district heating system in the state, although there are some systems based in universities, and I’ve heard considerable lamentation about its fate. In the Sunday Monitor, I compared to the district heating system in Vermont’s capital city of Montpelier, where a brand-new biomass plant is burning wood chips and pumping the resulting steam heat into the state capitol and other historic government buildings, and is selling heat to private buildings throughout downtown.

The whole story is here – but if you want a quick “why is it working there but not here?” summary, the short answer is that Montpelier doesn’t have natural gas, so it faced less financial pressure. There are many other factors, including Vermont’s push for renewable energy and the fact that District Heat Montpelier uses hot water rather than steam for most of its non-historic customers, but the availability of gas is the big difference.

(This story is one of the few that comes with its own theme song.)