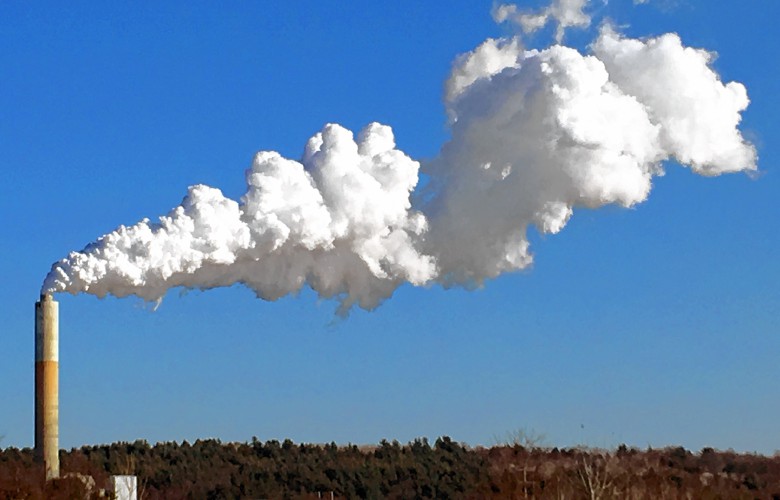 The Merrimack Station in Bow spews out steam on Friday, December 16, 2016.

It would be good for the planet but bad for New England’s grid if we shut down Merrimack Station, the 465-megawatt coal-fired power plant in Bow, N.H. We’re losing so many baseload power plants – coal-fired and nuclear – that it’s getting to be a little dicey keeping the lights on in the six-state region.

So how about if we switched if from coal to wood, like PSNH did at one of the three Schiller Station power plants in Portsmouth? That wouldn’t be perfect from a pollution standpoint but it would better, as long as the wood is properly harvested.

Unfortunately, Merrimack Station is a different technology than Schilller Station, which makes such a change difficult for technical as well as financial reasons, as I’ve noted before.

So here’s another idea: Mix the coal with a wood-product-based additive to reduce pollution (maybe) and create some local jobs (definitely – not a lot of coal miners hereabouts). A company called Active Energy is peddling a product called CoalSwitch, made from low-grade residue left over from logging operations that it says can mixed right in with coal; it is being tested at a power plant in Utah. See the story from Renewable Energy World.

If it works there, maybe it could work here. Let’s hope that whoever buys the plant (it’s being sold as part of a final deregulation of the electricity industry) is open to options.