In snowy climes, solar panels without frames do better 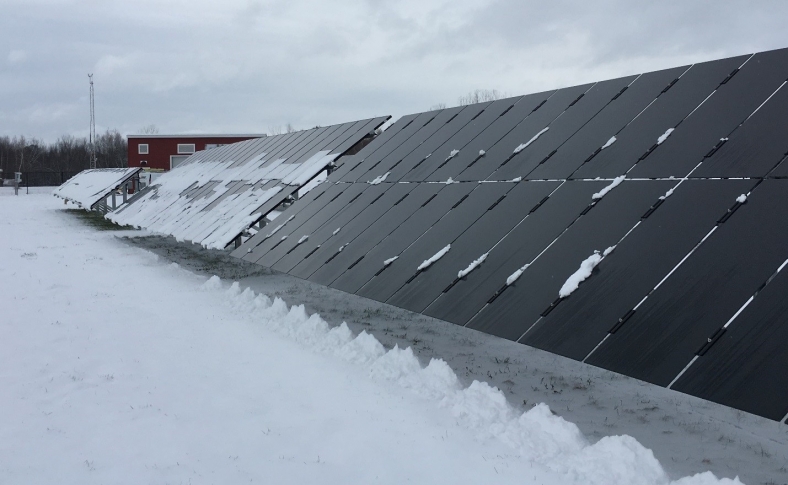 I have solar hot water panels on my roof, and it’s annoying when snow stays on them for days at a time, effectively turning them off. Others are annoyed by this habit, too, judging from this report discussing work at the Vermont Test Center run by the U.S. Department of Energy, looking at which configurations of photovoltaic panels best handle the snow.

This is a most appropriate topic, as Vermont has one of the highest per-capita rates of solar installations in the country (panels seem to be everywhere) and also got a ton of snow at the most recent storm: A friend of mine living north of Burlington got almost 30 inches.

The project finds that standard frames holding up PV panels can prevent snow from sliding off. There are also concerns that heavy snow load can put pressure on poorly supported parts of the