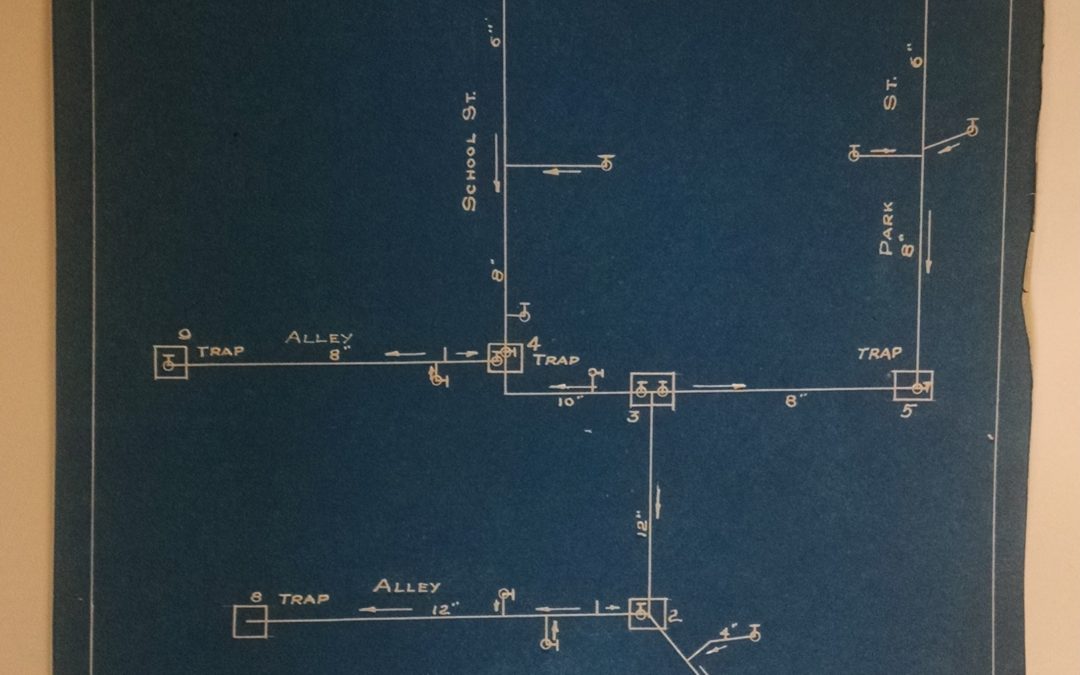 Concord Steam, the company that heats the State House and more than 100 other buildings in Concord via underground steam pipes powered by wood-fired boilers, is going out of business on May 31. I’ll have a story in an upcoming edition of the Monitor looking at its history and what happened, but to tide you over, check out a cool thing that owners Peter Bloomfield and Mark Saltsman found in their files: A 1939 blueprint for the original steam system in the downtown area.

The State House is in the middle of that rectangular section. These pipes were serviced by a long-torn-down steam plant located down by the Merrimack River, not by the current plant in the western part of town. Since then, the system has been extended, connecting downtown and the State Office Park.

Incidentally, these oldest sections of pipes will outlive more recent editions because the state is keeping them going to serve historic buildings (including the State House) that can’t be converted to forced hot water heating. They’ll be “live” for at least another year, until new pipes are laid from a replacement boiler to be built downtown.