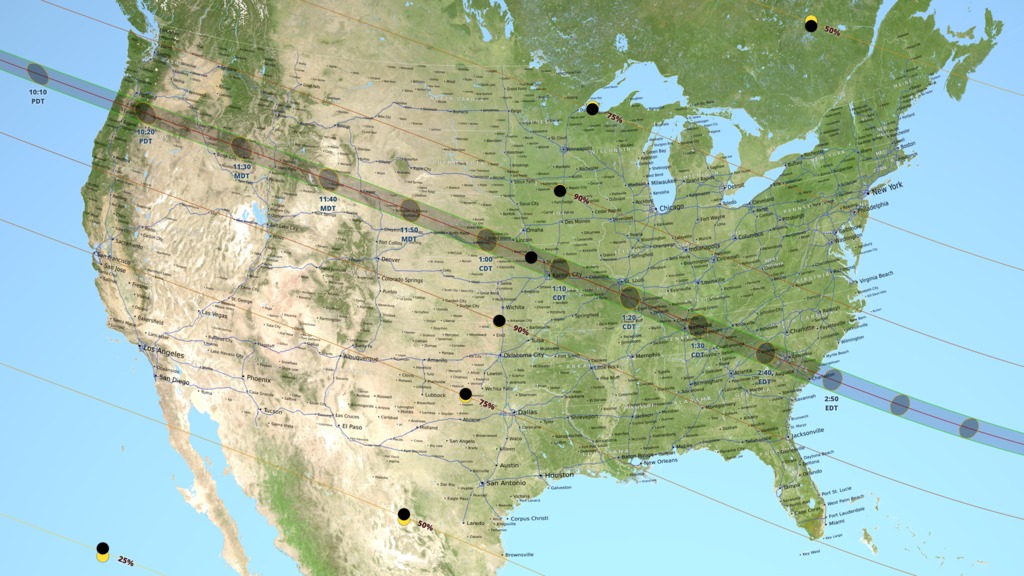 The Aug. 21 solar eclipse cutting through the U.S. will miss New England by hundreds of miles, but the partial shading of the sun by the moon will be enough to reduce the region’s solar power by an amount equal to the output of Seabrook Station.

ISO-New England, the organization that runs the six-state power grid, says that about 65 percent of the sun will be blocked over New England between about 1:20 and 4 p.m., cutting output by as much as 1,300 megawatts – if all conditions are just right.

The Seabrook Station nuclear power plant produces about 1,400 MW of electricity at full blast. One megawatt can power between 700 and 1,000 homes.

Much of our solar output it from rooftop systems that are “behind the meter,” meaning they generally reduce customer demand rather than sending electricity out into the grid to be used by others. When the eclipse hits, all those customers will suddenly pull more power from the grid to make up for the reduction from their panels – that’s surge in demand is what ISO-NE is planning for.

“ISO anticipates having sufficient resources available to meet the resulting rise in electricity demand,” the group said in a press release. Electricity production in New England totals around 25,000 megawatts on any given day.

The calculation is more complicated than you might expect, however, because of the “human demand effect,” which alters demand as the eclipse alters supply.

“When there’s an eclipse, people typically stop what they’re doing and watch. This depresses demand for electricity as solar energy fades and increases it as the solar energy ramps back up. Based on previous eclipses, the human-demand effect can help counterbalance effects of the eclipse,” ISO-NE said.

Other countries with a higher proportion of solar power have experience dealing with eclipses. Europe saw a total eclipse in 2015 that cut solar power output by 90,000 megawatts, but suffered few ill effects.

The path of the total eclipse will cut diagonally across the U.S. from Washington state to South Carolina.