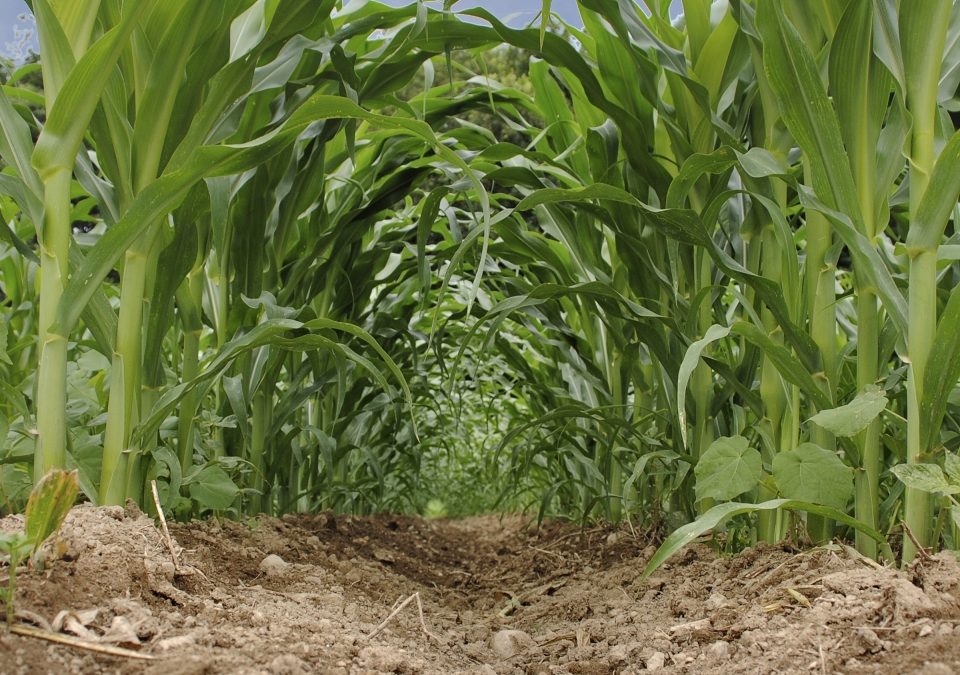 From UNH News Service: A researcher with the NH Agricultural Experiment Station at the University of New Hampshire has received a $474,679 grant to determine if pesticide seed treatments inadvertently protect weed seeds in the soil from being attacked by naturally occurring invertebrate and fungal species.

Many crops in the United States  are grown from seeds that have been coated with a mixture of fungicides and insecticides. These pesticide seed treatments are intended to protect the crop from soil pathogens and insect pests. Increasingly, however, scientists are finding that these seed treatments, particularly the neonicotinoid insecticide component of the treatments, also are affecting other organisms that live in and around agricultural fields. Many of these soil microfauna are beneficial to agriculture.

“A host of insects and microbes that live in and on the soil, perform beneficial services that that we often fail to appreciate, including suppressing weed populations. By attacking weed seeds in the soil, these beneficial organisms help to reduce the numbers of weeds in a crop field that then need to be controlled through other means, such as with tillage or herbicides,” said experiment station researcher Richard Smith, UNH associate professor of agroecology.

The grant funding the three-year project lead by Smith is one of 21 grants totaling $7.6 million for research to help manage pests and beneficial species that affect agricultural crops. The grant was made by the U.S. Department of Agriculture’s (USDA) National Institute of Food and Agriculture (NIFA), with funding made possible through NIFA’s Agriculture and Food Research Initiative (AFRI) program, authorized by the 2014 Farm Bill.

“There continues to be a critical need to develop new ways to defend our crops against pests,” NIFA Director Sonny Ramaswamy said. “NIFA investments will also help to develop better strategies to foster the beneficial insects and microbes that have potential to combat pests.”

“We have data suggesting that the insecticides and fungicides coated on most corn and some soybean seeds, generally referred to as pesticide seed treatments, can exacerbate the weed challenges faced by farmers. We hypothesize that pesticide seed treatments protect weed seeds in the soil from attack by their invertebrate and fungal “natural enemies,” and we have preliminary data supporting this,” Smith said.

“We also have data indicating that noncrop plants, such as cover crops, can take up significant quantities of residual pesticides from the soil, suggesting that strategic planting of cover crops could mitigate spill-over effects of pesticide seed treatments on weeds, including those resistant to glyphosate,” he said.

Glyphosate-resistant weeds are a serious concern in many regions of the United States, and this has prompted many farmers to seek alternative ways of managing these weeds, including by enhancing populations of organisms that naturally kill weed seeds. “If pesticide seed treatments are facilitating the persistence of weed seeds in the soil by protecting them from attack by beneficial organisms, whether that be on farms in the Corn Belt or here in New Hampshire, that’s a problem we really need to figure out how to address,” Smith said.

The research project will take place at the UNH Kingman Research Farm, a facility of the NH Agricultural Experiment Station, and a university research farm in Pennsylvania. The research project builds on Smith’s previous experiment station-funded research on cover crops. John Tooker, associate professor of entomology at Penn State, also is collaborating on the project.

AFRI is America’s flagship competitive grants program for foundational and translational research, education, and extension projects in the food and agricultural sciences. This is the first round of grants made under the Pests and Beneficial Species in Agricultural Production Systems area of the AFRI Foundational program. Funded projects support research to promote beneficial organisms associated with pests, as well as to better understand the fundamental mechanisms that inform interactions between plants, pests, or beneficial species. The research is expected to lead to innovative, environmentally-sound strategies to manage agricultural pests and beneficial species.

This material is based upon work supported by the NH Agricultural Experiment Station, through joint funding of the National Institute of Food and Agriculture, U.S. Department of Agriculture, and the state of New Hampshire. This work also is supported by NIFA’s Agriculture and Food Research Initiative through grant 1012600.