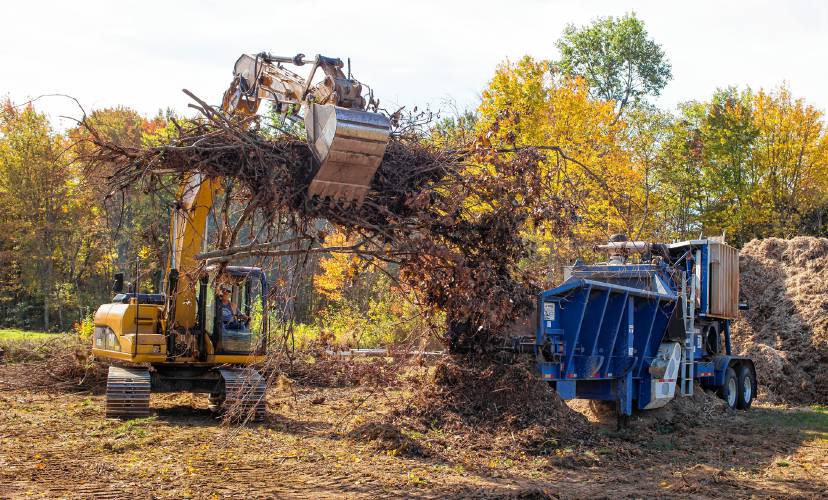 An excavator puts tree branches and brush into a mulcher as they clear out the river bank of Suncook on October 10, 2017. GEOFF FORESTER/Monitor staff

The Suncook River in Epsom jumped its banks during the 2006 Mother’s Day Flood and moved into a sand pit, much to the dismay of the sand pit’s owners and owners of other nearby property. It has been chewing its way through the sandy banks ever since, to the point that it might endanger the footings of a bridge carrying state Route 4, which is a major east-west connection.

So the state is spending $3 million (on top of plenty more for engineering and studies) to stabilize it, as I reported in the Monitor. They’re dumping giant boulder sand sticking a 40-foot-tall metal wall underground block the water’s rapacious appetite for sandy soil.

Another answer, of course, would be to move valuable things away from the river and let it do what it wants. But that’s not an answer that human beings enjoy in the face of natural phenomenon.