Manchester city flag celebrates one of the coolest inventions from the Industrial Revolution – happily, they won’t change it 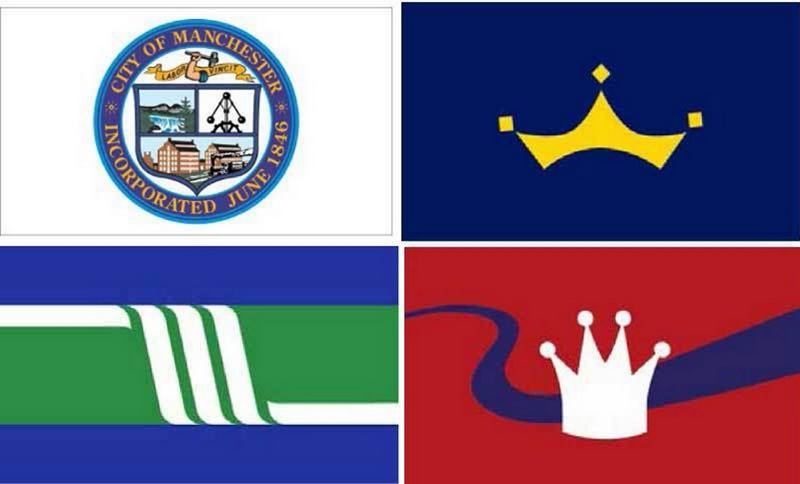 UPDATE: This item, my column in the Concord Monitor, ran Tuesday morning, on election day. Manchester voters soundly rejected any change, choosing the original flag by a margin of 15-1 over any other choice, reports the Union-Leader. I didn’t realize I had such sway over the voting populace!

In three decades as a New Hampshire journalist, I have never wandered into Manchester city government, but that’s about to change because something needs to be addressed, pronto: Manchester is poised to disrespect the centrifugal governor.

No, that isn’t a political joke. I refer to the fiendishly clever spinning device that uses centrifugal force to govern, or control, the speed of motors.

Centrifugal governors are a vital part of machinery that made it possible to operate the huge (mostly steam-powered) machines that created Manchester’s millyard and thus the city itself. Why am I talking about them now? Because a centrifugal governor is one of several symbols reflecting industrial power featured on the Manchester city seal and thus on the city flag, but some people want to remove it from the flag. 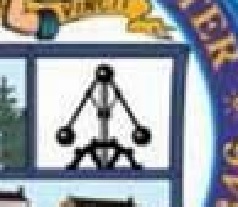 There’s a nonbinding referendum on today’s Manchester city ballot asking whether the city should replace the flag, which dates from 1846, with one of three bold, simple designs that, in the words of one Facebook comment, look like logos for minor-league soccer teams.

One choice shows a stylized waterfall that looks like the lower-case letter “m” and two choices show crowns, reflecting Manchester’s status as a queen city, the term for the largest city in a state that isn’t the state capitol.

These suggestions follow trends in flags that emphasize simple designs that can be recognized and understood regardless of whether they’re shown large or small, near or far.

I understand this thinking and agree that the Manchester city seal – like the state seal, which adorns New Hampshire’s flag – is a cluttered, incomprehensible mess. But surely Manchester can think of a better flag since waterfalls are commonplace and queen cities are a dime a dozen, with Portland, Maine, and Burlington, Vt., springing to mind.

Manchester was once insightful enough to celebrate the vital role played in its creation by industrial control systems; it would be a shame to replace something as cool as a centrifugal governor with generic pablum.

Why is the centrifugal governor so cool, you ask? For a couple of reasons.

First, it looks like a kid’s toy, and the world needs more things that look like toys.

Second, it uses the simple physics of centrifugal force to do a complicated thing, controlling the output of motors.

The governor consists of two weighted arms – usually rods with heavy balls at the lower end – attached at the top to a twirling vertical axis that is connected to the motor in question. When the motor speeds up, the axis spins faster and centrifugal force makes the weighted arms swing outward.

This, incidentally, is the flip side of the spinning ice skater effect, in which skaters can change the speed of their spin by moving their arms away from their body.

The key to the governor is to connect those weighted arms to the flow of fuel leading to the motor: When they go up, fuel flow declines; when they go down, fuel flow increases.

Properly calibrated, this whirling dervish of a device uses basic physics to keep motors running at a constant rate. The importance was shown in 1871 when at least one of them failed on a Corliss engine in what was then called the No. 2 engine house in the No. 7 mill (now home to Dean Kamen’s R&D firm, DEKA).

Without a governor, the engine ran faster and faster until the flywheel exploded from all the stored energy. The Manchester Historical Society has a terrific photo showing how much damage was done to the building. No wonder people who understood machinery back then respected the device.

Admittedly, it’s been a long time since centrifugal governors were important in Manchester. Union-Leader columnist Mark Hayward, writing about the city flag, described them as “some kind of an outdated tool that only 19th century STEM students would recognize,” which is a tad excessive, but not entirely untrue.

So what should replace it on the flag, if not a soccer-team logo? I have a suggestion: Dean Kamen’s drug infusion pump.

Most people know Kamen for the Segway or for the FIRST robotics competition, but his inventive and entrepreneurial prowess was born, and to a large extent still revolves around, medical devices that move fluids in innovative ways. Money and success from the drug infusion pump, his first big hit, enabled Kamen, who lives in Bedford, to build a company that has been central to the reinvigoration of the Manchester millyard and to New Hampshire’s role in the tech and biotech community.

Or maybe Manchester’s flag should have both a governor and a drug-infusion pump, connecting the past and the present. Just imagine the conversations that combination could start – now, there’s a valuable role for a city flag.