If you think the metric system is part of a globalist conspiracy, you won’t like this 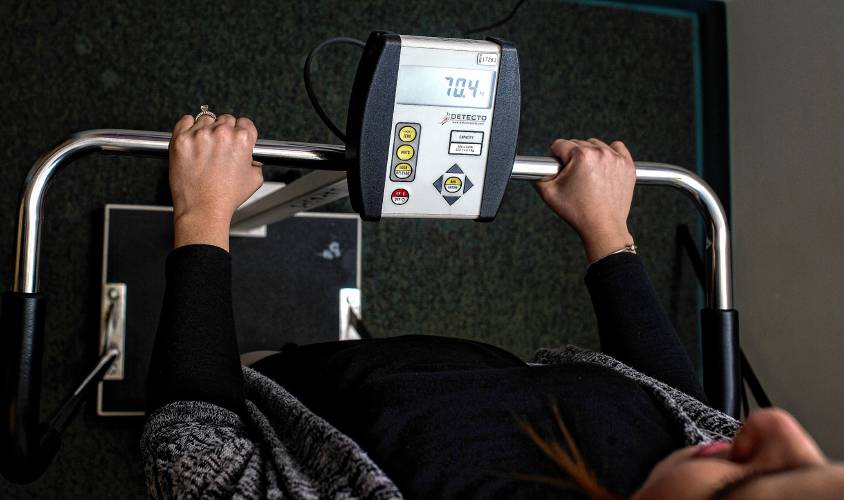 Concord Hospital has switched to the metric system for its medical records.

Patients at Concord Hospital who weren’t paying attention during their most recent office visit might think that they had lost an awful lot of weight.

The hospital and its affiliated private practices have been using a new electronic medical record system that, among other things, requires patients’ weights to be measured in kilograms rather than pounds. If the scale said 185 during your last visit, it now says 84.

The point isn’t to give dieters a false sense of accomplishment, rather, it’s to remove a potential source of mistakes when prescribing drugs, because
dosage is usually based on the patient’s weight. If the weight is measured in pounds but the dosage assumes it was measured in kilos, or the other way around, the result can be a serious overdose or underdose since one kilogram is equal to 2.2 pounds.

“Medications have always been dosed based on the metric system. … The reason we have the weights in metric now is to prevent conversion errors when the person taking that weight documents the weight into the system,” said Elizabeth Wade, medication safety officer for Concord Hospital. “There’s a lot of potential for human error.”

Wade noted that the Institute for Safe Medication Practices, a national nonprofit organization, says that taking all patient data in metric units is one of the “best practices” that hospitals should follow to reduce errors.

Concord Hospital instituted the change this year as part of a new electronic medical records system. A major advantage of the new system, Wade said, is that it is shared by both the hospital and affiliated doctors’ practices.

“We used to have one system for the hospital, one system for outpatient practices – two different medication lists, two different allergy lists, and so on. Now we are able to share one medical record, so if a patient explains something to their (doctor) and they get admitted to the hospital, we will see that same information; it doesn’t have to be re-explained,” she said.

As for the metric conversion, Wade said she had not heard any pushback from patients.

“We have tried very hard to make it transparent to patients,” Wade said. While all scales should now give weight in kilograms, conversion charts are being displayed to help people get used to thinking in pounds. The metric emphasis also applies to height and other measurements.

Mistakes made when converting between pounds and kilos can lead to overdoing or under-prescribing drugs by a factor of more than two.

This can be dangerous or even fatal, particularly with infants, whose small body weight means that any mistake has more impact. The American Academy of Pediatrics has long urged pediatricians to use only metric measurements to sidestep the possibility of error while converting units.

Concern about errors when switching between the metric and English system of units are not limited to medicine. Perhaps the most infamous mistake occurred in 1999 when a $300 million satellite sent to orbit Mars crashed because nobody had noticed that some of the NASA teams were using pounds and some were using kilograms. A number of airplane crashes over the years have also been attributed to weight problems due to incorrect conversion of units.

Part of the reason the metric system was invented in the late 1700s was to avoid confusion over the many different measurement systems that existed around the world at the time. Since then, virtually all countries have adopted the metric system; only the United States, Myanmar in south Asia and the West African country of Liberia still use English units like pounds, feet and ounces – and Myanmar is preparing to switch.