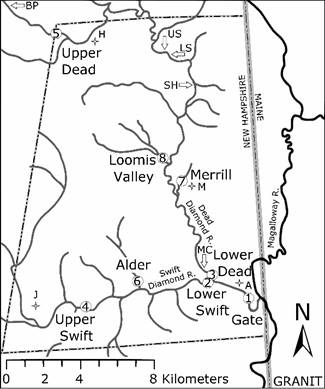 From Dartmouth News Service: Air temperature increases from climate change will make New Hampshire’s streams warmer, according to Dartmouth-led research published in Freshwater Biology that examines the extent to which stream waters are warming, which has implications for freshwater ecosystems across the nation given that many species depend on cold water to survive.

“Understanding how climate change is affecting our streams can help us identify which watershed areas should be of conservation or management priority, particularly areas that act as cold water refuges for brook trout and aquatic invertebrates,” said Lauren Culler, the lead author and a research assistant professor of environmental studies.

Previous studies show that stream temperatures react to changes in air temperature and that this can affect the distribution, abundance, physiology, behavior and mortality of cold water fish and other species such as mayflies and stoneflies, invertebrates that support species such as brook trout. Yet, long-term monitoring of stream temperatures has typically been inadequate. Furthermore, most locations with long-term data are in highly managed or urban areas, which affect the natural relationship between air and water temperatures. 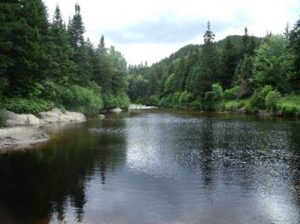 Stakeholders can use the model developed for the study, to help identify watersheds of priority and inform policy. Such protections may include conserving headwater lands, which affect downstream habitats that according to the study, “are colder and less sensitive to changes in air temperature.” The researcher team calls on stream temperatures to be monitored, to help ensure the future of our freshwater ecosystems.