There’s lots of carbon trapped in the soil, and we really want it to stay there 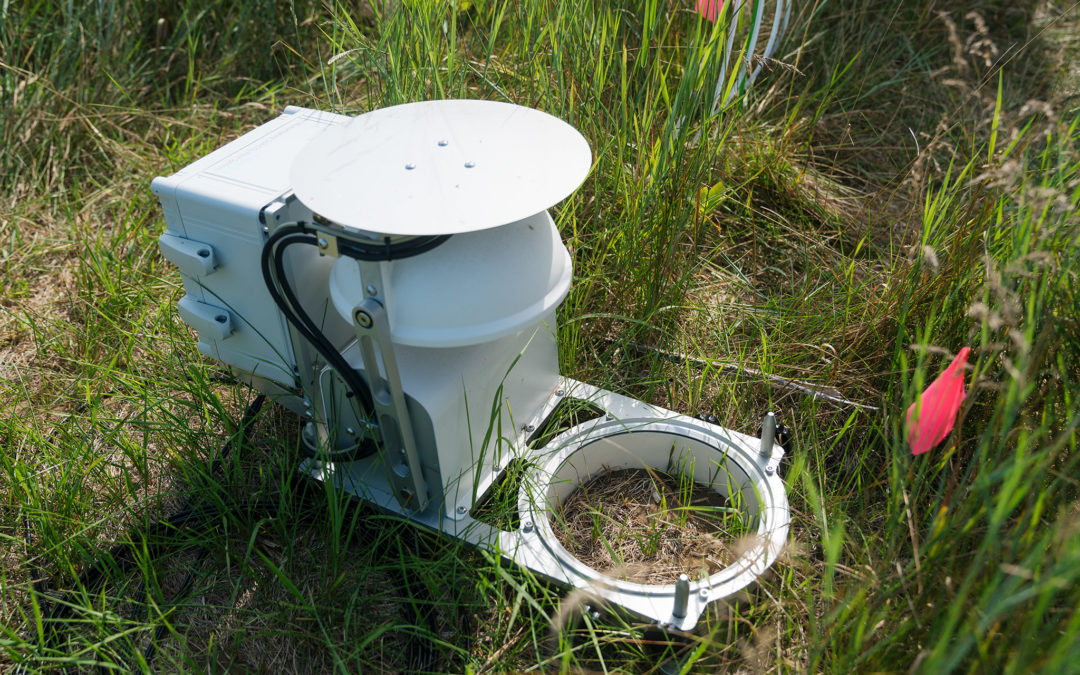 Part of the equipment that measures "deep soil" carbon at the Dartmouth Organic Farm.

Remember when carbon was just another listing on the periodic table that nobody mentioned unless they were geeks making a “carbon-based life form” joke?

Ah, those were the days.

Now we can’t move without bumping into news about carbon dioxide or carbon equivalents or carbon loads or decarbonization. We’re all nervously aware that carbon is building up in the atmosphere, creating an unintended greenhouse that causes unpleasant change almost everywhere.

Well, I have some bad news. Caitlin Hicks Pries, an assistant professor in biology at Dartmouth College, says there’s even more carbon in the soil for us to worry about – at least three times as much as in the atmosphere. If it escapes, and there is evidence it is doing just that, our problems will just get worse.

But wait, I have good news, too: Our problems might get better!

“This could go either way,” said Hicks Pries.

Hicks Pries has been doing research on what is known as deep-soil carbon, defined as more than 20 centimeters or about 8 inches below the surface. That isn’t terribly deep, but she notes that it is deeper than roots of agricultural crops go and therefore hasn’t been studied much.

Her experiments have included work at the Dartmouth Organic Farm in Hanover, determining how different factors – notably an increase in soil temperature – alter the absorption or release of carbon. And I’m happy to learn that she uses a mathematical model with a truly excellent acronym: Carbon Organisms Rhizosphere and Protection in the Soil Environment, or CORPSE, which predicts microbial activity and lets researchers see how the amount of available energy translates into biological processes.

Here’s the way the system works, as I understand it from Hick Pries’ explanation:

Carbon gets carried down below the agricultural layer of soil via coarser roots, which exist to hold the plant up and to search for water. Finer roots that remove carbon – using microbes to “eat” nutrients and help the plant grow, so to speak– rarely go that deep in agriculture, although they may go deeper in woodlands and fields.

When plants die, the deep roots decompose and their carbon ends up in the soil. Since it doesn’t get removed by the nutrition-seeking roots, the carbon has built up over millennia. (There’s more to it, of course – there’s always more to it when you’re talking about science – but that’s a rough outline.)

Some of Hick Pries’ research has looked into ways that the carbon might get released. This is the scary part.

Warming soils might activate deeper microbes that would release some of the carbon into the air, and soils do seem to be warming along with everything else.

Increased rainfall, or more extreme rain events of the sort that global warming seems to be bringing, might leach out more of the carbon.

Even an increased earthworm population can increase the amount of carbon release, and as you may have heard New Hampshire is seeing an influx of the invasive “jumping worm.”

So the carbon-based climate apocalypse is even more likely than we feared? Not necessarily.

Hick Pries and many other researchers are also looking at ways to increase the amount of carbon that deep soils hold, which can make a big difference in our climate future, she said. There’s a year-old global initiative called “4 per 1,000” developing methods of farming, forestry and landscaping to increase the amount of carbon contained in soils. Increasing this amount by just four-tenths of one percent a year would pretty much balance out the extra carbon we’re dumping into the atmosphere, reducing the weather turmoil that our grandchildren will have to cope with.

Ironically, our past bad practices may make this easier. “A lot of temperature soils are so degraded that a lot of the carbon has been lost, so there is a real opportunity to put the carbon back in,” said Hick Pries.

That is where research like that being done by Hick Pries matters. We need actual data about what practices work in sequestering carbon if we’re going to minimize the damage of climate change.

“New plant inputs into deeper soils might store more carbon away from the atmosphere,” she said, pointing to options such as breeding deeper-rooting varietals and watering less often to encourage the growth of deeper roots. “That’s the next thing coming out of this research.”

Possible solutions? Yes, please! Let’s do that research, and fast. We need to find more solutions and put them into effect.