The Chinese are making Segway work, but not only with a Segway 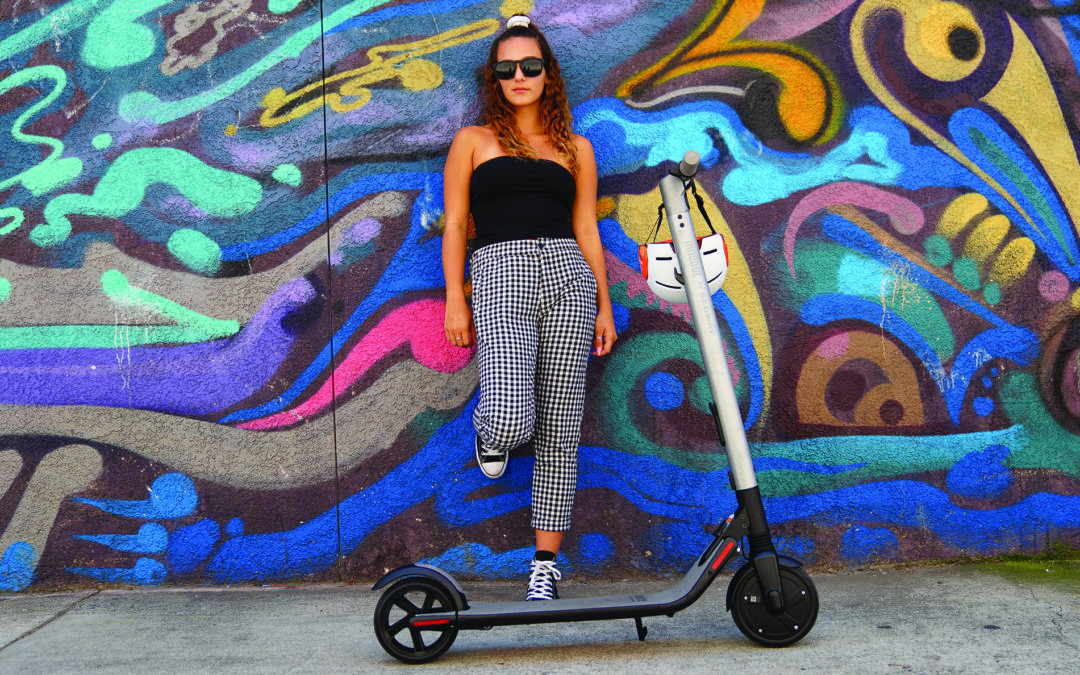 I don't remember Segway ads looking like this - for a Kickscooter from Segway / Ninebot.

Segway occupies a weird space in the history of New Hampshire industry. The self-balancing vehicle developed by Dean Kamen and his merry band of R&D elves at DEKA in Manchester in 2001 may be the best-known invention ever to come out of the state, but it’s also kind of a national joke. The Segway, which stayed upright thanks to ingenious applications of internal gyros and electric motors, was an interesting technology that didn’t succeed because it was too dorky. The lesson: it’s OK for technologies to be too dangerous to work or to just plain fail completely, but don’t make them laughable.

It didn’t help that one of the folks who bought the company from Kamen in 2010 died after driving one off a cliff, a terrible tragedy that was also laughable in a painful way.

But a weird thing has happened: Segway is really hot. And it’s the Chinese that are doing it.

Chinese firm Ninebot bought Segway in 2015 for an undisclosed amount. The two companies had fought in court because Segway said that Ninebot had stolen some of the company’s technology in making its own two-wheeled vehicles.

The Segway name, and at least some of the technology, is thriving under Ninebot but not always with Segway-like machines. As The Economist reports (you can read the story here), it is dominating the electric scooter market that has grown like crazy and is developing a variety of other devices.

It took Segway a decade to hit its initial 13-month target to sell 100,000 units of its original two-wheeler. In 2018, just three years into production, Segway-Ninebot will sell 1m scooters, up from sales of 600,000 last year. Ninebot’s factory in Changzhou builds over 5,000 scooters a day. The firm’s backers, which include Xiaomi, valued it at $1.5bn in its latest funding round.

At its headquarters in the tech hub of Zhongguancun in Beijing, scooters are propped up against desks and helmets are strewn about. Still, Gao Lufeng, its chief executive, says the booming scooter-sharing business is only “a fraction” of Ninebot’s work. Its scooters account for one-fifth of its total revenue, almost all of which comes from its range of personal transporters, which include self-balancing unicycles (one is pictured) and e-skates, using Segway-Ninebot’s balancing technology.

While it’s cool to see Kamen’s ideas finally bearing fruit in the real world, it’s a little disturbing (if you’re an American) to know that it took a Chinese firm to do it. We’re supposed to be the innovative ones here in the free-wheeling USA; Chinese businesses are supposed to be stilted and predictable because of all that government control.