People are smarter about culverts than I thought 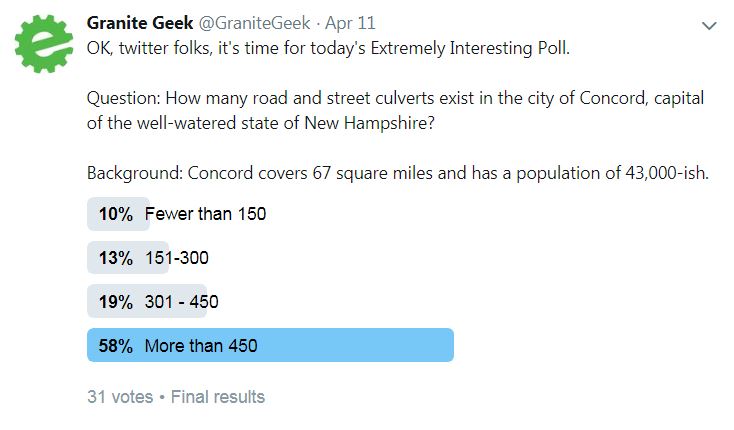 Last week I wrote a story about a culvert that collapsed in the city of Concord. As part of discussion with General Services, the generically-named city body that includes the street department, I asked a question: How many culverts does Concord have?

A confession: I would have guessed that the city has fewer than 200 culverts – those pipes that carry drainage or small streams under roadways – but the actual tally is 533. Wow! (A side note: The city has 220 miles of roads, so there’s a culvert every 2,103 feet on average. Culverts only exist in the rural parts of the city so the reality is they’re much closer together than that.)

I wondered if my delusion was widespread so I created a Twitter poll, the results of which you see above. I deliberately crafted the multiple choices so that they’d under-guess – if there are four choices, it’s never the smallest or the biggest, right? – but participants weren’t fooled. Obviously this is as unscientific as it gets, so read nothing significant into it.

Incidentally, the realization of how many culverts exist in Concord just supports my belief that the lowly culvert is the canary in the coal mine for urban infrastructure being affected by climate change. Heavier rains are going to be knocking out culverts far more frequently in the future because we’ve sized them for a climate that is disappearing. 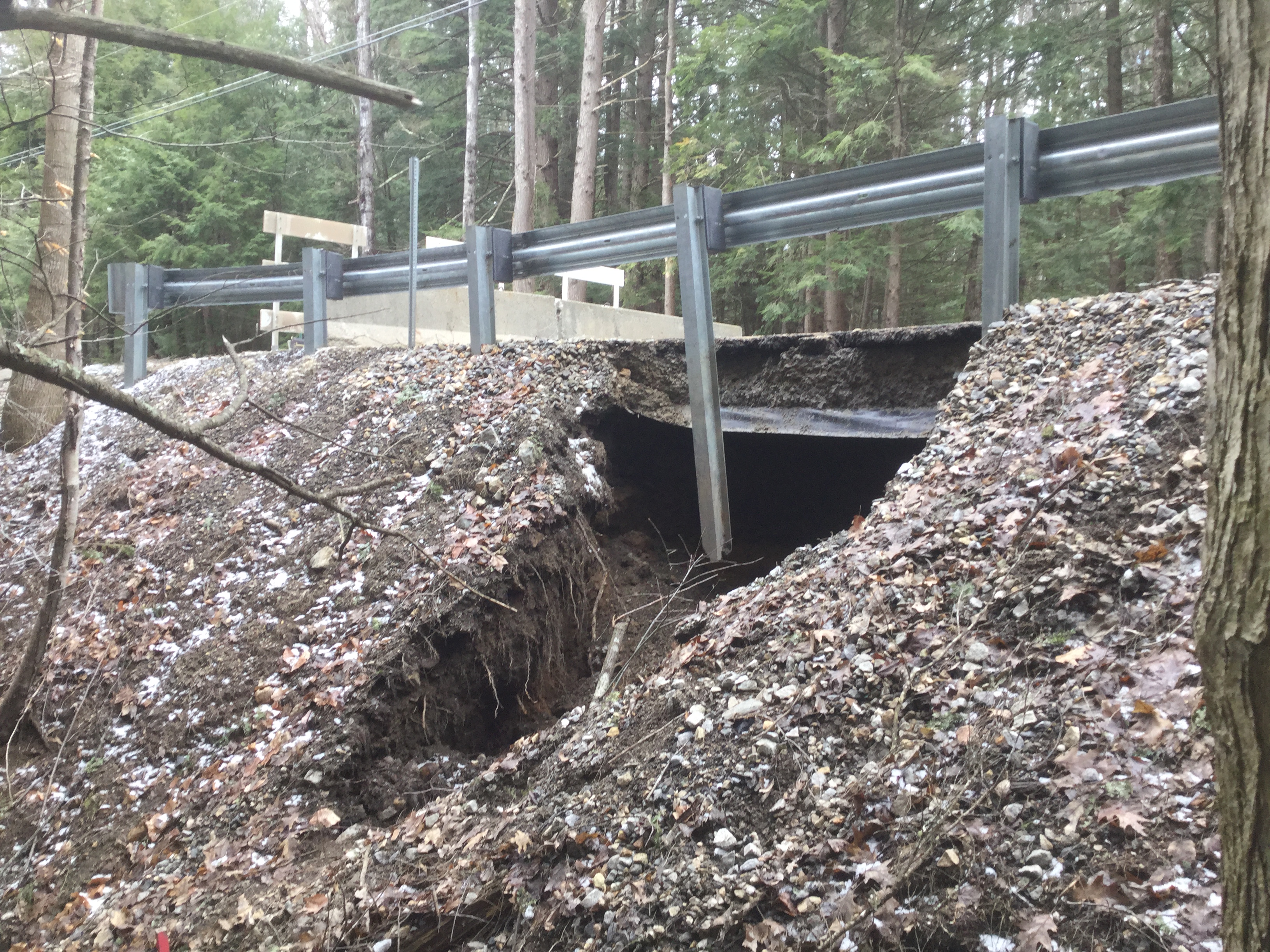 That’s a culvert which needs replacing. Photo: City of Concord