N.H. population is growing fast, by the slow standards of N.H. 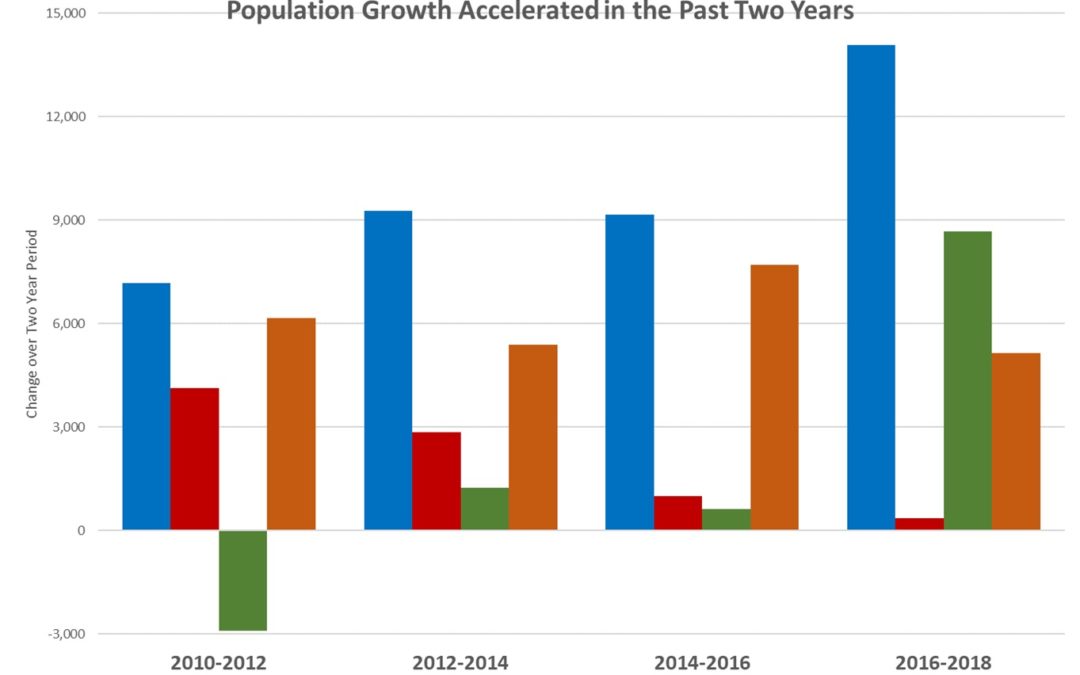 New Hampshire is growing either slowly or quickly, depending on how you look at it. But either way, it is people moving here, not people having babies, who are making the difference.

New Census Bureau estimates say that the state grew by 6,700 people between July 2017 and July 2018, the most recent data available, to 1,356,000. That’s an annual growth rate of one-half of 1%, about 20% lower than the national growth rate over the same period and far lower than fast-growing states like Nevada and Utah, which increased by more than 2% in a single year.

It’s also far less than the rate New Hampshire saw in the 1980s and 1990s, when annual increases of more than 1% were common.

So we’re growing slowly? Not necessarily.

Ken Johnson, senior demographer at the Carsey School of Public Policy, points out that in the two most recent years of data New Hampshire’s population has grown by 14,100 people, which is a full 50% higher than the two years before that. We also grew twice as fast as Vermont or Maine in that period and at the same rate as Massachusetts.

So from that point of view we’re actually growing quickly, or at least more quickly than during and after the Great Recession.

As has been the case for more than a decade, the state’s population swings are driven by people who moved out during the recession and now are moving in.

In the two years through July 2018, nearly 8,700 people from other states moved here, as did 5,200 immigrants from other nations.

The gain from natural change over that same period was almost non-existent, just 400 people – the state’s 24,400 births in the past two years were offset by 24,000 deaths.

“Births have been diminishing because fertility rates are low and there are relatively few women of child-bearing age. Deaths are increasing because the population is aging and drug-related deaths are rising,” Johnson said.

Johnson said the recent population gains are occurring both in metropolitan and rural areas of the state.

The latest estimates also indicate how the long competition between New Hampshire and Maine for population bragging rights is no longer a contest: We now have about 10,000 more residents than the Pine Tree State.

New Hampshire passed our eastern neighbor in population in 2014, which was the first time in a century we had more people than Maine did. Vermont has only about half as many people as New Hampshire.