Landing a plane on Mt. Washington 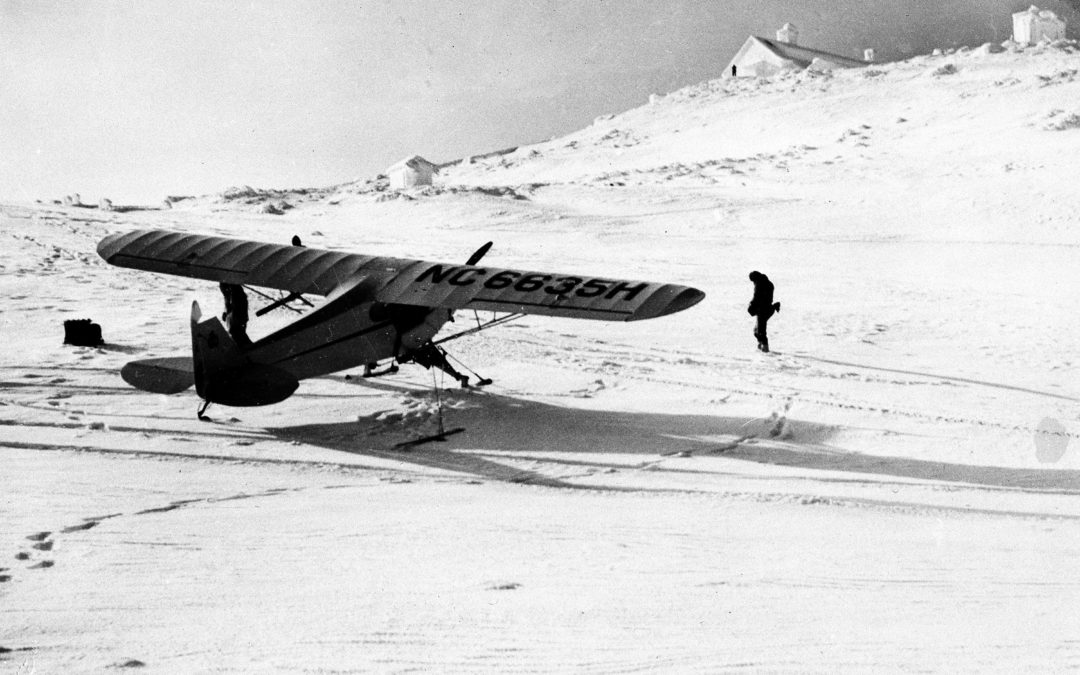 The Concord Monitor has a weekly photo featured called NHsnapshot that has a picture from days gone by. Here is this week’s caption:

“A Piper Cub is the first airplane to land on the summit of Mount Washington on March 22, 1947. The aircraft sits on a snowfield atop the 6,288-foot peak after flying from nearby Berlin with special equipment and supplies for the weather observatory located on the mountain. At top right is the roof of one of the observatory buildings. “

I found a UPI obituary of the pilot, who died in 1982. (Here it is.) The plane had a 65-horsepower engine! The day after this flight the pilot made 12 trips, carrying about 1 ton of equipment.

I don’t think you’re allowed to land a plane there any more, although planes and gliders fly over the Presidential Range all the time. I assume you can land a helicopter there, for supplies and medical emergencies.