No word yet on that hydrogen-producing mill 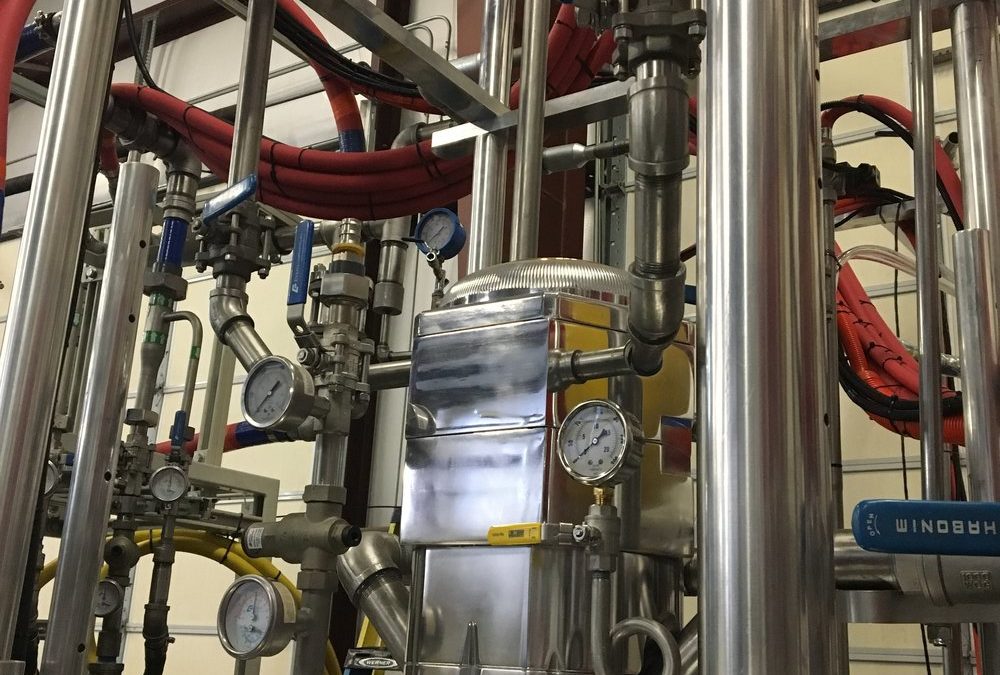 This photo of Q Hydrogen's system is from the company website: https://www.qhydrogen.com/

UPDATE: If you stumbled on this via Google, check the update (right here) – the owners do look like they’ll open in 2020.

The most intriguing techy story out of New Hampshire in the past six months was the proposal by a Utah firm called Q Hydrogen to use the closed Wausau paper mill in the North Country town of Groveton to build a hydrogen production system using its own secret technology. It says it can split H2O molecules taken from the Upper Ammonoosuc River and use the hydrogen to create cheap electricity which would power a data center.

(Update: As a reader points out in the comments, electrolysis of water is common. Q Hydrogen’s claim is that it has secret sauce which can do it more cheaply, efficiently and with much less pollution.)

I wrote about it in October (here), including my own wild speculation that the data center might be a bitcoin mine.

This would, of course, be awesome (except for the bitcoin mining, which is a stupid waste of energy). But it fits into the ‘extraordinary claims require extraordinary evidence’ category so we’ll believe it when we see it.

As of this week, there’s nothing to see, according to Robin Irving, project administrator for the town of Northumberland. Irving replied to my query saying that the water and sewer infrastructure is in place and he “just filed a building permit for the developer to pour pad(s) and construct new building(s)” but said “there have been no formal status updates from the developer regarding Q Hydrogen and its permits.”

Q Hydrogen will have to go before the town planning board for site plan review if it proceeds. That will be fun! Irving pointed out that agendas and minutes from meetings of the selectmen and planning board are online, for those of us who want to keep track from afar: www.northumberlandnh.weebly.com.

By the way, the Q in the company name appears to stand for Quasar, since QuasarWave Technologies is the name of the R&D firm that created Q Hydrogen.