UNH has a role in the latest finding-Amelia-Earhart saga 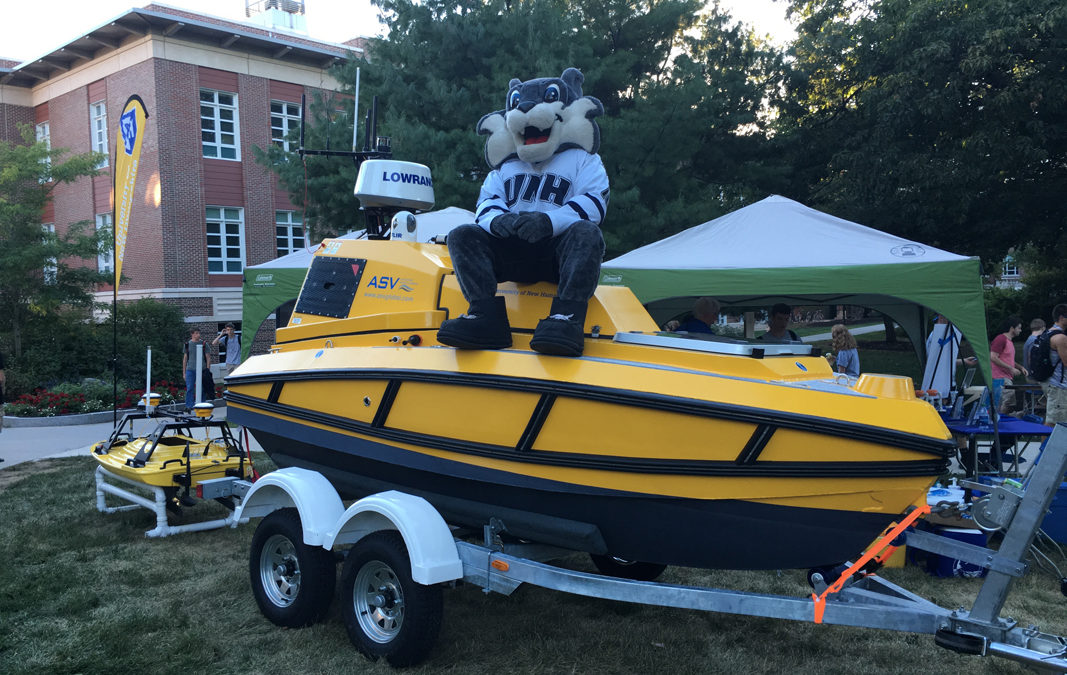 Now there’s a new one coming featuring Robert Ballard (the guy who found the Titanic). Why do I care? Because UNH has a role in it! Here’s their news release:

Researchers from the University of New Hampshire’s Marine School are part of the crew, led by National Geographic Explorer-at-Large Robert Ballard, that is setting out to hopefully find answers to questions around the disappearance of famed pilot Amelia Earhart. UNH’s Center for Coastal and Ocean Mapping has developed an autonomous surface vehicle (ASV), or robot, that can explore the seafloor in waters that may be too deep for divers.

The UNH robot known as BEN, the Bathymetric Explorer and Navigator, provides Ballard and the crew aboard the EV Nautilus with a unique capability to map the seafloor in the shallow areas adjacent to the island where Earhart sent her last radio transmission. This area is too deep for divers and too shallow for safe navigation of the Nautilus to use its deep-water sonar systems. Maps of the ocean floor produced by BEN will be used by the Nautilus crew to target dives with remotely operated vehicles (ROV) in the search for remnants of the plane.

Evidence suggests Amelia Earhart made a successful landing, likely near the coral reef around the island of Nikumaroro, in the western Pacific Ocean, and was able to transmit radio signals afterward. However, no plane was seen by Navy pilots surveying the islands several days after her disappearance suggesting that the plane may have been pushed off the reef into deeper water.

BEN is equipped with state-of-the-art seafloor mapping systems including a Kongsberg EM2040P multibeam echo-sounder and Applanix POS/MV navigation system, which allow it to make 3D topographic and acoustic backscatter maps of the seafloor. The Center has developed mission planning and “back-seat-driver” control software designed specifically for piloting BEN for the seafloor mapping mission. BEN was manufactured by ASV Global, in a design collaboration with the Center.

The UNH crew consists of research engineers Val Schmidt, lead of this operation, KG Fairbarn, and Andy McLeod, who are all aboard the EV Nautilus as well as Roland Arsenault, who is supporting the crew from shore. All are a part of the UNH Marine School’s Center for Coastal and Ocean Mapping development and use of robotics for marine science and seafloor mapping.

The expedition will be featured in a two-hour special titled EXPEDITION AMELIA that will premiere October 20, on National Geographic.