Coyote rabies, as found in N.H. attack, is rare 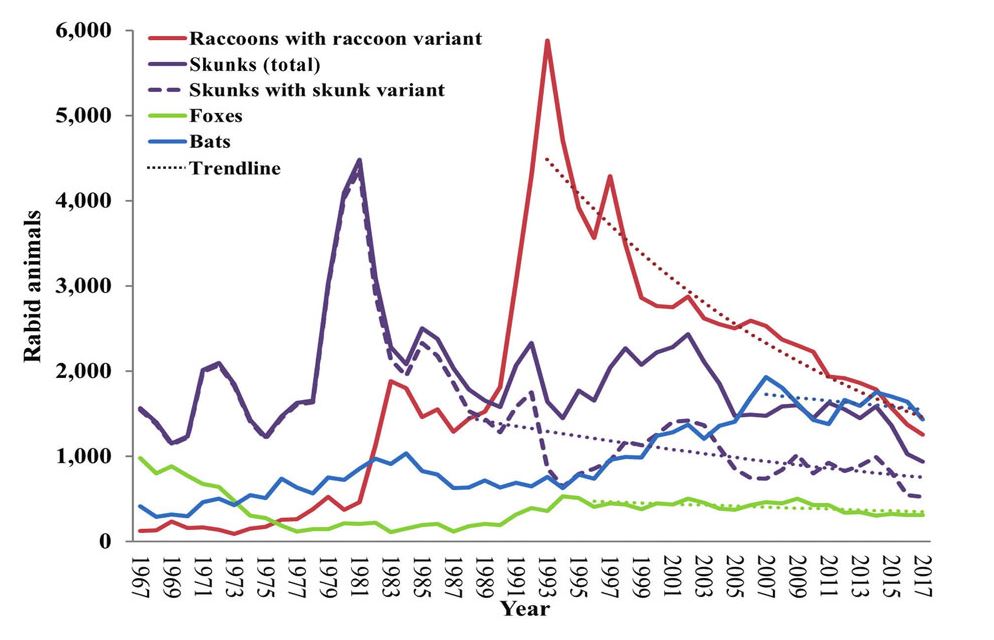 rabies by species over time - CDC

Rabies is a complicated disease with different strains that affect different animals species differently, and their prevalence waxes and wanes over the years for reasons not always obvious to us.

The announcement that a coyote strangled by a New Hampshire dad after it attacked his toddler was rabid (see here) was a little surprising because coyotes do not seem to be a major carrier of the disease. Even more surprising, local officials say they fear that several affected coyotes are in the Exeter area.

Before rabies vaccinations became mandatory, by far the most common species to infect humans were dogs.